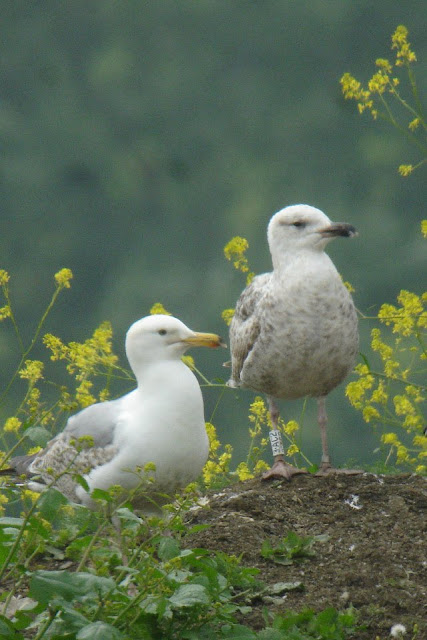 Herring Gull White 3.AC2 at Gloucester landfill, England - John Sanders
I was surprised yesterday evening to receive an e-mail from John Sanders with news that earlier in the day he had seen a Guernsey-ringed Herring Gull at Gloucester landfill. White 3.AC2 had been ringed only the week before, as a 1st summer bird. It was one of the 824 Herring Gulls caught in a two-day cannon netting session at Chouet Landfill. Hopefully this gull will survive its immature years so that we can see whether this is an English gull visiting Guernsey, or a Guernsey bird wandering in its 1st summer.