Catherine & LBBG Black 3.K9 Derrible Headland, Sark - PKV
With the support of La Société Sercquiaise Catherine and I managed to visit several of the seabird colonies on Sark over the past few days. The primary aim was to try to colour ring some adult Lesser Black-backed Gulls and we were delighted to trap 19 birds in three of the sub-colonies. Two of these birds had originally been metal ringed as chicks - one on Sark in July 1999 and the other on Burhou, Alderney in July 2005. In addition four cr birds were recorded at their breeding colonies (three had been ringed at Chouet landfill or in our garden in Guernsey which is 1 km from the landfill) and the other in the same Sark colony the previous year. 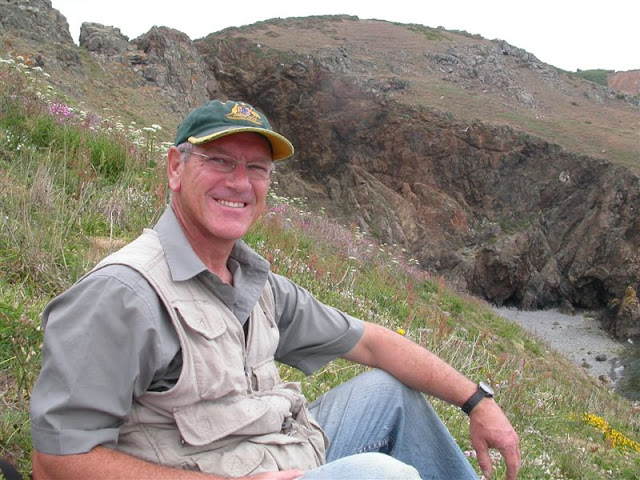 PKV on Derrible Headland, Sark - CMV
We also visited L'Etac de Serk to monitor the European Shags. Happily they appear to have had another good breeding season with 80+ active nests observed. The season has been early, with several chicks already fledged and the vast majority of the young remaining being very advanced. 87 nestlings were ringed.
The three auk species (Common Guillemot, Atlantic Puffin and Razorbill) all appeared to being doing well on the islet, although time did not permit close inspection or ringing of these species.
One other islet was visited (one of the Burons group) where another 14 European Shag were ringed, along with a single Great Black-backed Gull chick. 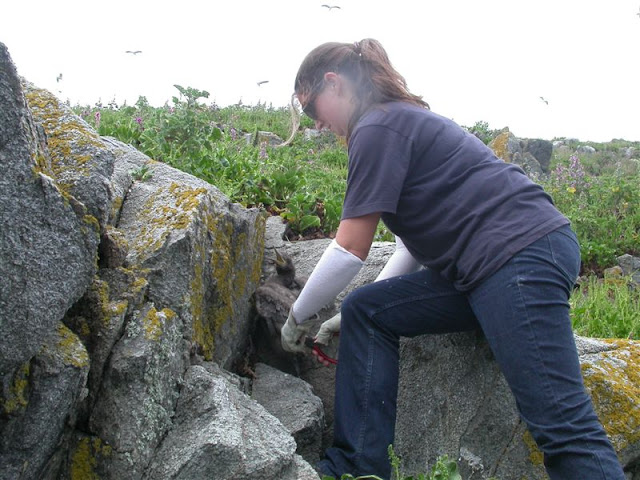 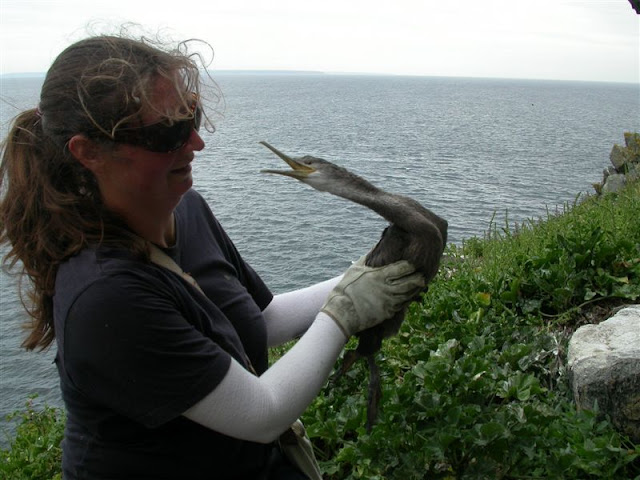 Shag fighting back - PKV
A small cruise along the west coast resulted in four gull colour rings being read - very valuable sightings as all were birds in their nesting colonies. There were three Herring Gulls (all ringed on 27 or 28 May at Chouet landfill) and one Lesser Black-backed Gull (Black 1.R3) ringed in May 2010 in our garden in Guernsey.

Our thanks to Andy Cook and Sue Daly for all their help, which as ever is much appreciated. 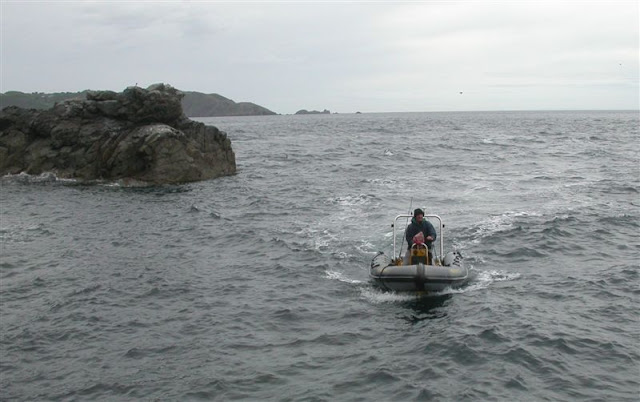 Andy picking us up from L'Etac - PKV
Posted by Guernsey Gulls at 05:24