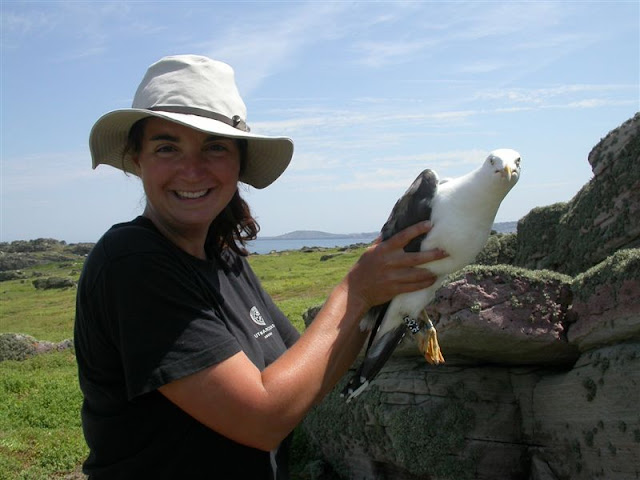 Burhou from the air - PKV
Burhou is the single most important breeding colony for Lesser Black-backed Gull in the Channel Islands – with c 1,000 pairs in most recent years (including 2010). As such it is a critical site to my gull research. Catherine and I have just returned from a weekend trip with Jen Stockdale, the Ecologist for the Alderney Wildlife Trust (AWT). Given the recent highly variable weather we were fortunate to be able to land and carry out the research. We were able to colour ring another 74 adult Lesser Black-backed Gulls, and take 23 colour ring observations on Burhou (including two LBBGs that had been ringed in winter in Gloucester by the Severn Estuary Gull Group and which are clearly CI breeding birds). 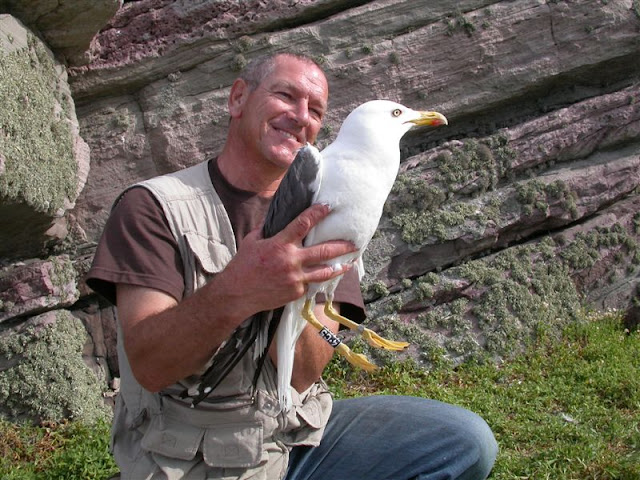 PKV and LBBG Black 4.C5 Burhou - Catherine Veron
I was also thrilled to record 16 of the 67 adults colour ringed in 2009 (several of which had been reported from France, Spain or Portugal over the intervening winter) and one of the four in 2008. Given its long grass and location of some of the sub-colonies Burhou is not a particularly easy place to obtain cr sightings – so this was a good effort. Thanks to Jen for taking her telescope over! 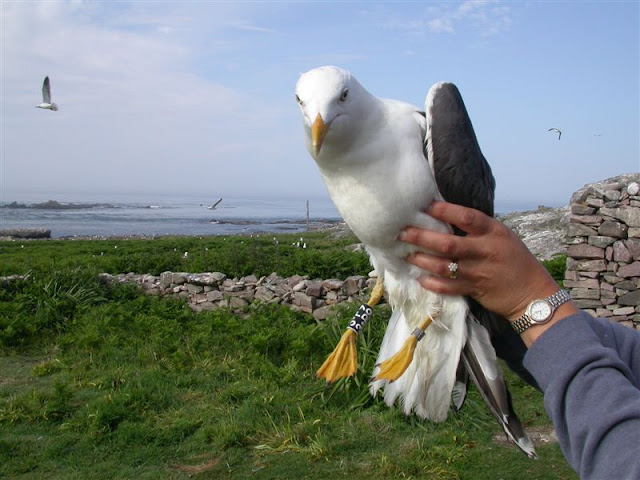 LBBG Black 3.P9 Burhou - PKV
In addition we trapped five LBBGs that had originally been metal ringed as chicks on Burhou – some a decade earlier in July 2000, and read another two metal rings with the telescope. 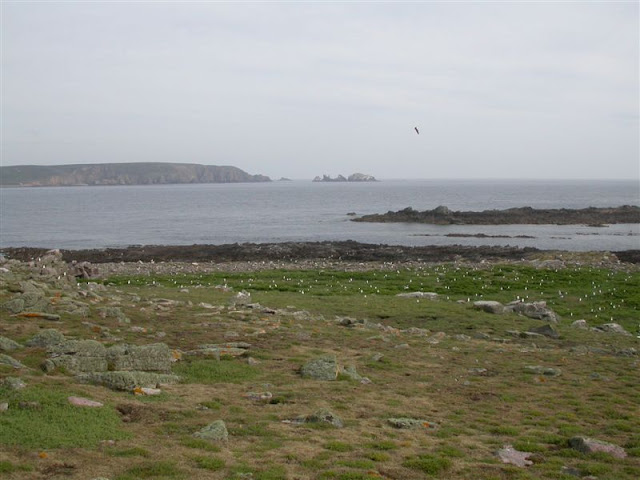 Part of main LBBG colony on Burhou (Les Etacs Gannetry in background) - PKV
In common with elsewhere in the Bailiwick, the LBBGs on Burhou appear to be a week-10 days earlier with their nesting than in 2009. The previous week Jen had counted just over 1,000 nests on the island and the first chicks were just beginning to chip out of their eggs. During our visit the vast majority of nests still contained eggs, but there were a good number of chicks only a few days old.

We made a full island count of the gulls – which was 1,429 LBBG, just over 100 Herring Gulls and 28 Great Black-backed Gulls. A Peregrine was the only raptor seen on the island this visit. 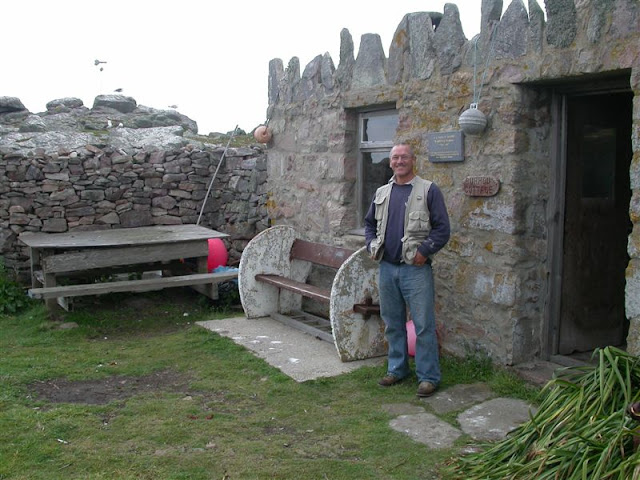 PKV in front of hut on Burhou - Catherine Veron
My sincere thanks to Catherine and Jen - both of whom worked extremely hard to obtain some really good data for the gull studies. Thanks also, as ever, to the AWT manager Roland Gauvain for transporting us to and from the island, and to the States of Alderney for permission to undertake the scientific research on Burhou.
Posted by Guernsey Gulls at 18:06