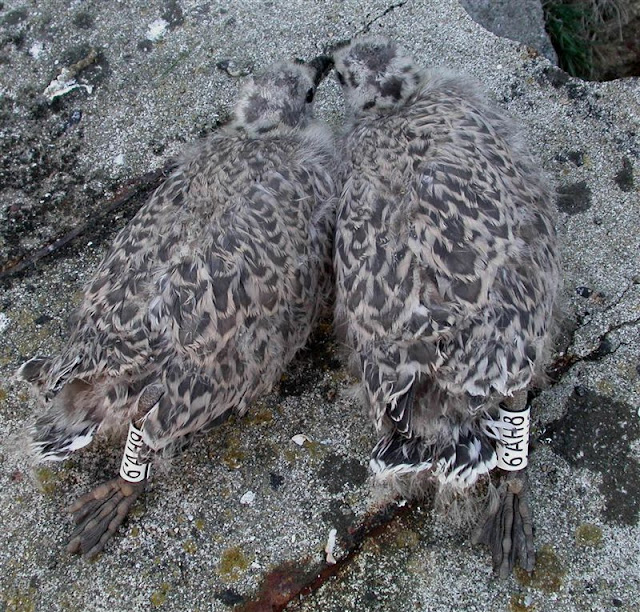 Two Herring Gull chicks on Jethou - PKV
On one of the most beautiful days of summer, three of the Guernsey Seabird Team (Sophie and Paul Veron and Mish Hooper) were lucky enough to visit the private island of Jethou to monitor the gulls and colour ring chicks. After a quick visit to adjacent Crevichon, where a few more Great Black-backed Gull chicks were ringed, the Team worked hard on the beaches around the main island. It was soon obvious that despite a few days with heavy rain around the time when many pairs would have had newly hatched young, most breeding attempts had had some success. While there were some dead small chicks, there was a good number of large well-grown young scattered around the island. If anything the season looked to be a week or so advanced on most seasons, so our slightly earlier visit than usual was fortuitous. 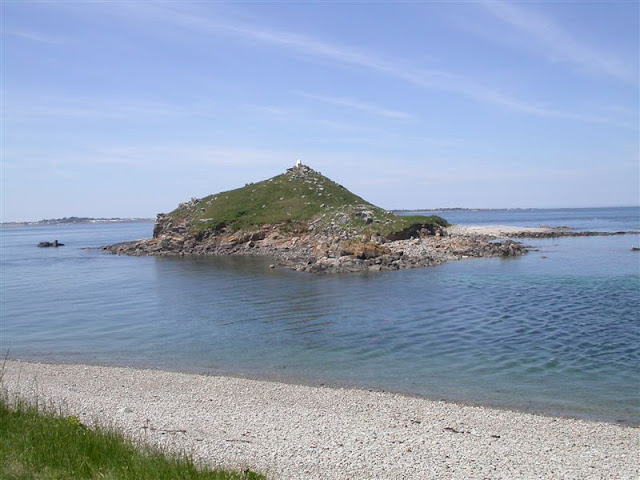 Crevichon - PKV
We worked hard in the clear blue skies to ring 68 Herring Gulls, 11 Great Black-backed Gulls and a single Lesser Black-backed Gull. Hopefully the majority of these birds will fledge soon and give interesting sighting reports for many years to come. 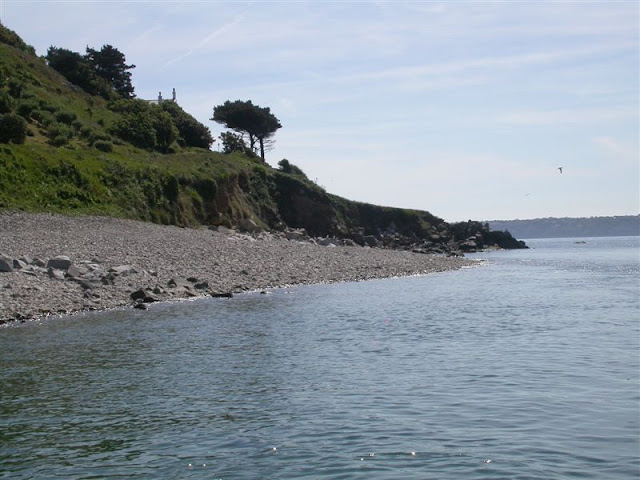 Gull Beach at High Tide Jethou - PKV
There were several late Shag chicks, but with the gull work the main focus for this visit, the Team only ringed seven of them. 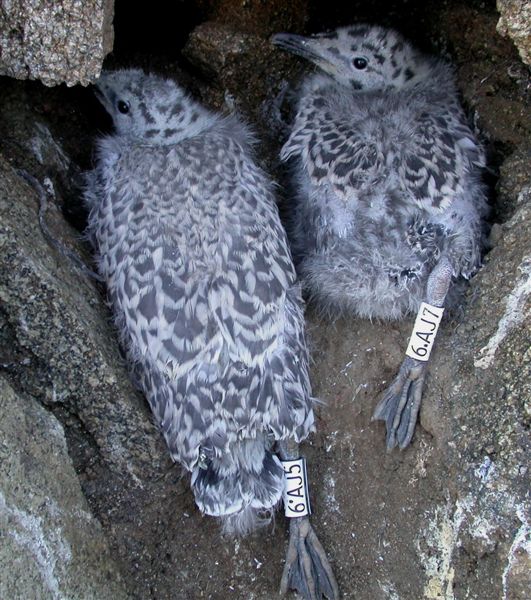 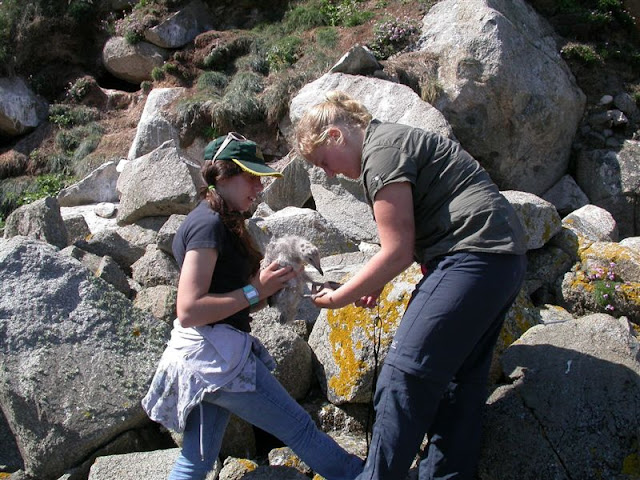 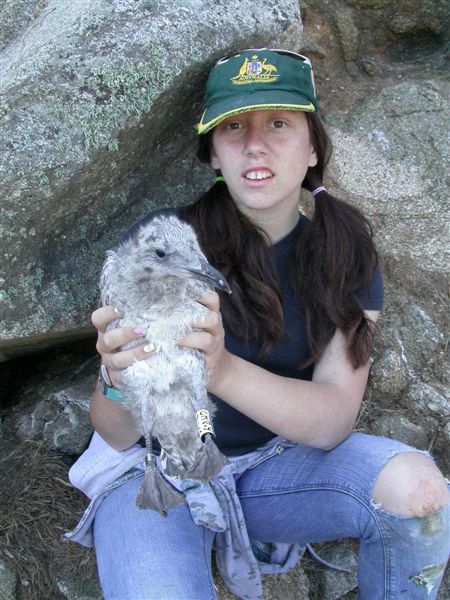 Sophie with Herring Gull chick 6.AH2 - PKV
A Marsh Harrier seen hunting over the top of the island was an interesting record. All in all a  very valuable trip. 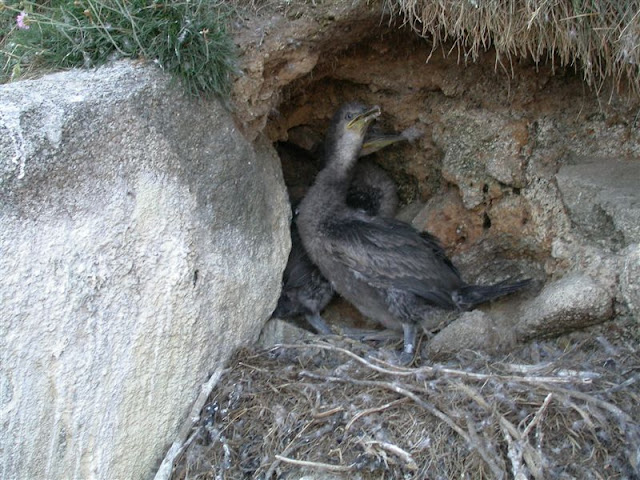