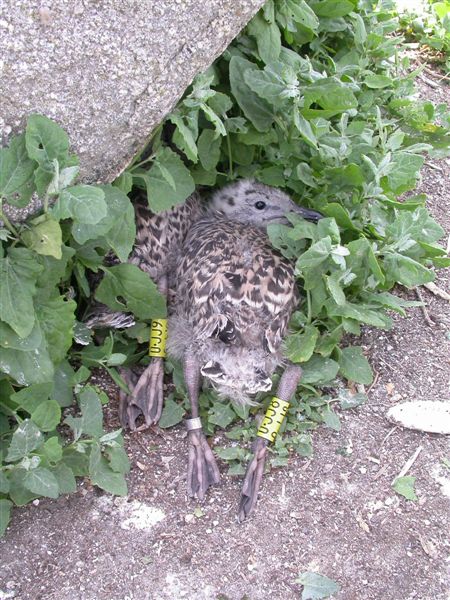 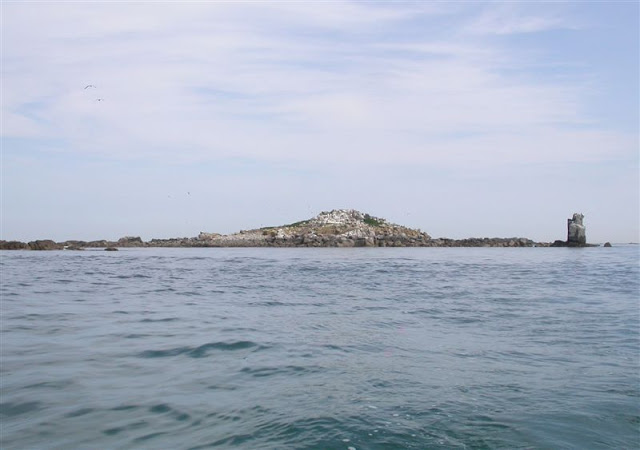 Longue Pierre - PKV
Thanks again to Dave Perrio for getting me out to The Humps for the final seabird monitoring trip of the season to these small islet nature reserves with restricted landing during the seabird breeding season. The primary objective of this trip was to assess the breeding season for gulls - especially Great Black-backed Gulls.
Strangely I could not find a single Great Black-backed Gull chick on Godin. There must have been some chicks given the 20+ adults calling overhead during my brief 25 minute landing. However, despite a pretty reasonable search of the dense mallow vegetation I couldn't locate any. Nearly all of the Great Cormorant youngsters had now fledged, although a few late youngsters were still in their nests. To minimise disturbance I did not go to that end of the islet.
My next landing was on Longue Pierre, where Common Guillemot numbers looked very strong. Again I kept my focus on the gulls and managed to locate eight Great Black-backed Gull chicks of a good size. 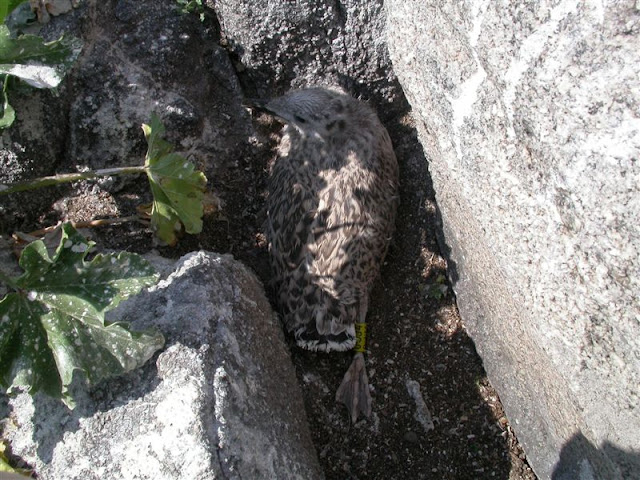 On the way back Dave also landed me on Plat Hommet just off Herm's north-west corner. This was the first time I'd been on this islet - which is not at all easy to get on. Three more Great Black-backed Gull chicks were ringed here, before we headed for home.
Posted by Guernsey Gulls at 17:56