After around 30 years of landing on Alderney's two gannetries once a year, I finally met my nemesis today. Everything looked perfect as we left Guernsey - with a beautiful, calm sea:- 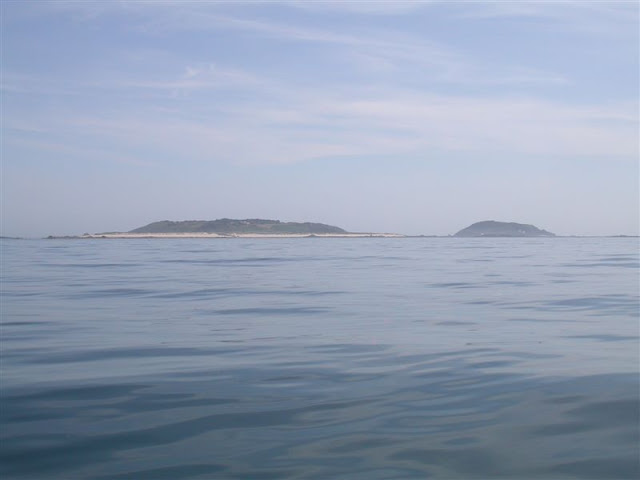 Herm and Jethou - PKV
As we approached Alderney, some 20 miles further north, the big swells on the sea should have warned us that we would struggle - but it wasn't until we arrived at Les Etacs that we saw just how bad the swell on the rock was:- 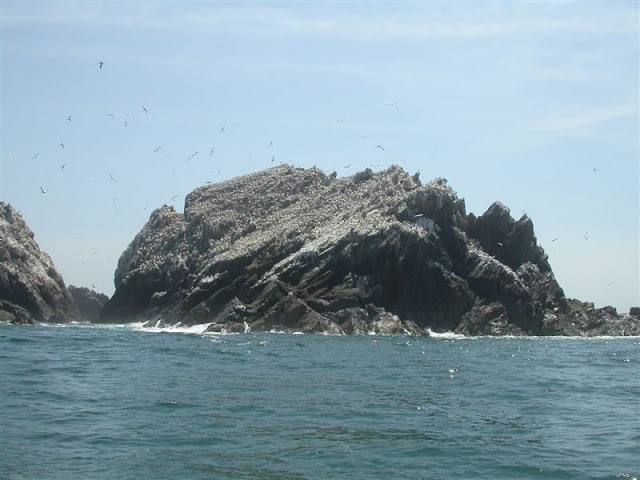 Swell on Les Etacs - PKV
All we could do was go fishing and wait for the tide (and hopefully sea) to drop. 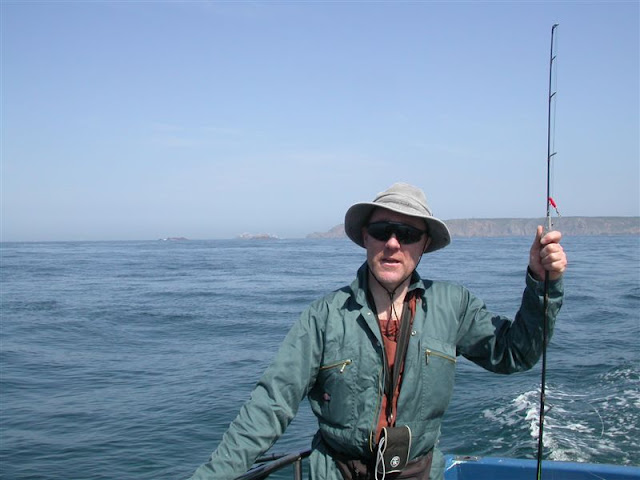 Ian hopeful of catching supper (he didn't!) - PKV
Eventually the swell dropped enough to enable two ringers to be landed on one of the small sheltered stacks - where they ringed 150 Northern Gannet chicks. 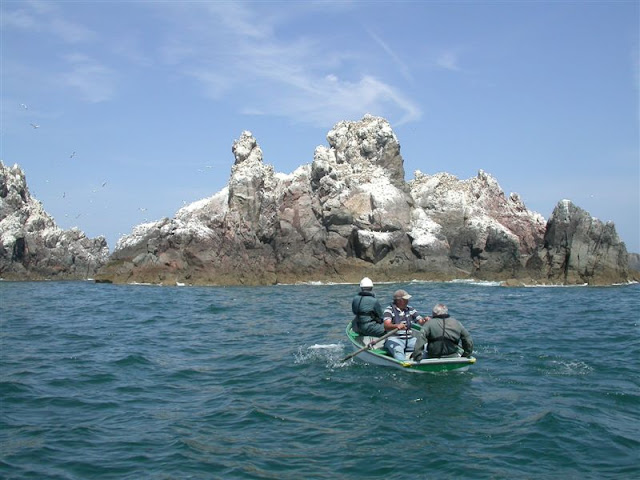 Three men in a boat- PKV
The rest of the team could only look on and hope the swell dropped further (which it didn't!). It was very enjoyable however to watch the adult gannets coming and going and to take a few photos of the rocks. 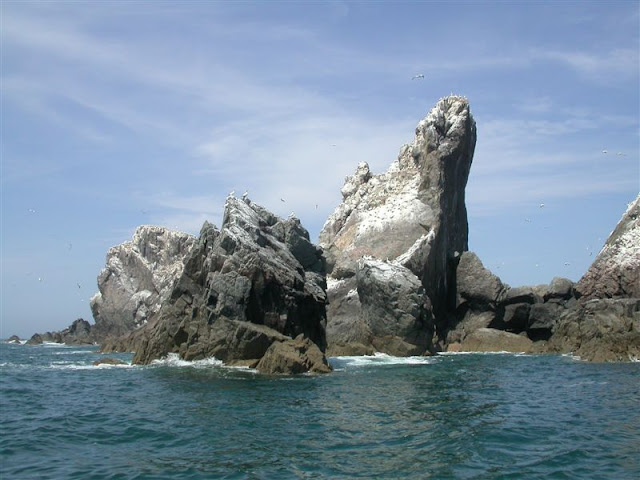 Although a frustrating day it was still wonderful to be in close proximity to these most magnificent seabirds - and next year...we'll try again! I hope to be able to post some photos from one of the two ringers who landed shortly.
Posted by Guernsey Gulls at 21:32