I have just learnt that Lesser Black-backed Gull Black 0.Z4 (ringed as a chick on Burhou, Alderney on 10 July 2009) was seen on 25 March 2010 at Fervasa, Quart de Poblet, Valencia, Spain (F.J. García Gans). This is an unusual record in that it is only my second report from the east coast of Spain. Most "Guernsey" Lesser Black-backed Gulls reported over the winter/spring of 2009/10 have come from the north, west and south-west coasts of Iberia.

The other report of one of my LBBGs from the east coast of Spain over this period was of a metal ringed bird (Jersey E 4615) read on 18 January 2010 at Vilanova i la Geltrú, Catalunya (Marc Olive). This bird had been ringed by me as a chick on 10 July 1990 in one of the Sark colonies. 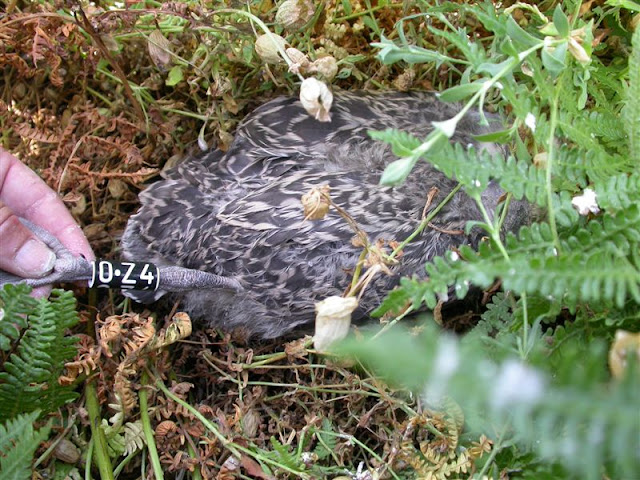