Another Norwegian-ringed Lesser Black-backed Gull at Chouet and a 21 year old LBBG mating!

A very nice surprise this morning was my 2nd Norwegian colour-ringed Lesser Black-backed Gull of the spring Blue J0LP. Again this bird was of the race intermedius  which is scarce on passage here in Guernsey. This bird was ringed as a chick at Nordre Katland, Farsund, Vest-Agder, Norway on 23/06/07 (Tor Oddvar Hansen). It was seen back at Ruana, Farsund, Vest-Agder on 05/06/09. 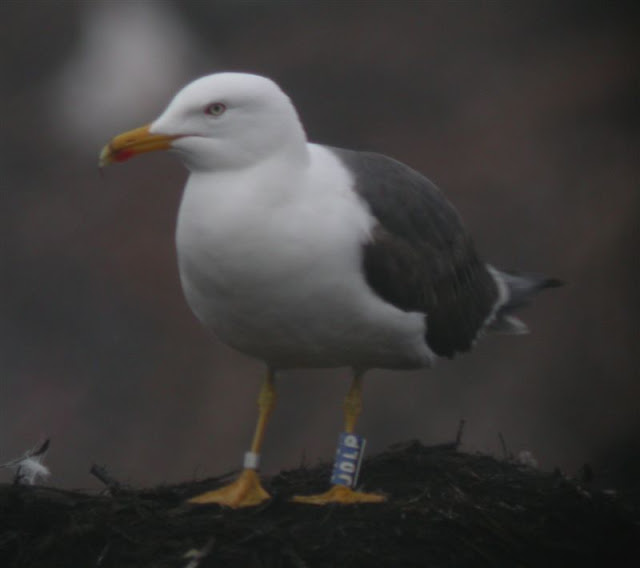 LBBG Blue J0LP Chouet Landfil - PKV
A total of 23 cr LBBGs was recorded this morning, including metal ring Jersey E 7781 (ringed by Jamie Hooper and Catherine Kinnersly on 10 July 1999 on one of the Sark colonies). It is now pairing with one of my cr birds - White 7S2. 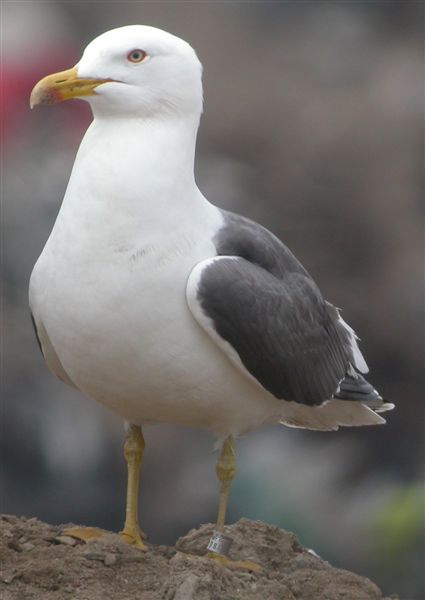 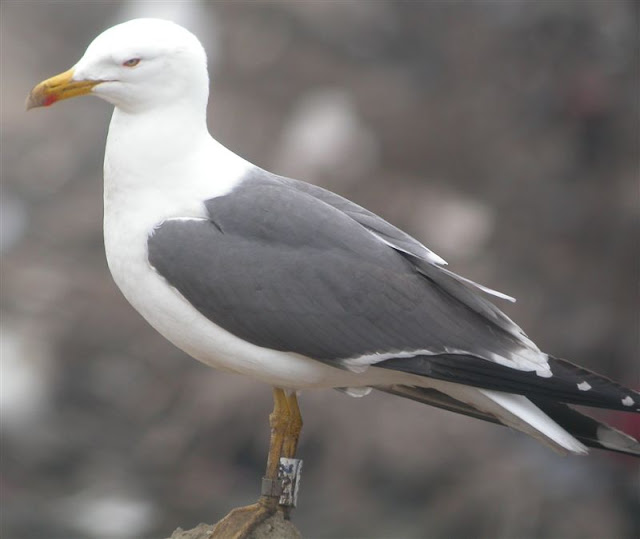 LBBG White 7S2 Chouet landfill - PKV
Another very nice record today was metal ring Jersey E4141, which I ringed as a chick on 10 July 1989 in one of the Sark colonies. I am very pleased to say that it is still going strong and is in fact a male as it was doing its bit today to make sure it raises more young - at 21 years old! 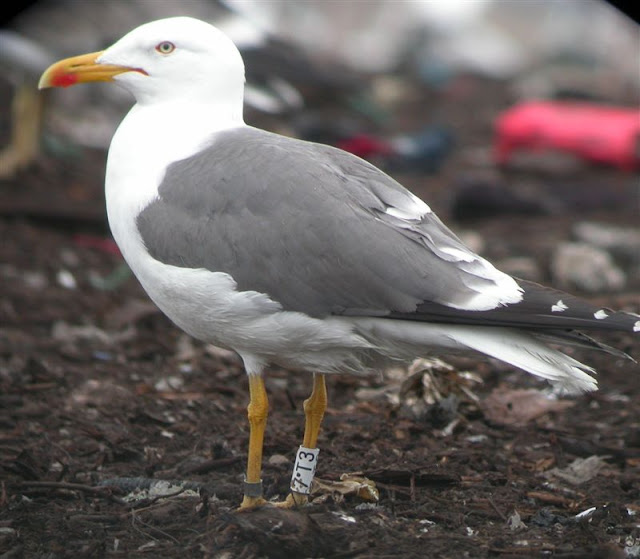