And I thought the spring gull migration was over!

With no new colour ringed Guernsey Lesser Black-backed Gulls arriving now for three days, and having seen so much nesting activity on Herm yesterday, I was just beginning to think that the spring migration was over (at least for adults) when a bird from the Ribble Estuary, Lancashire, England turned up on Chouet Landfill Beach this morning - Black R5NY (David Sowter). 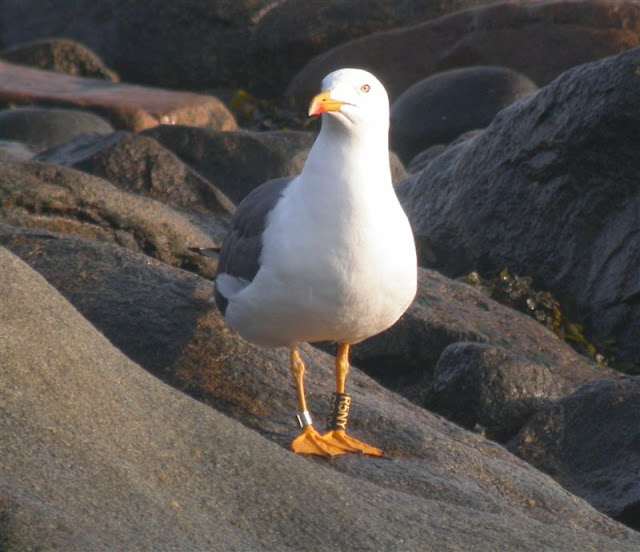 LBBG Black R5NY - Chouet Landfill Beach - PKV
The other highlight today was my second sighting of this spring of LBBG Jersey E 5582, which I originally ringed on 30 June 1993 on one of the Sark colonies. 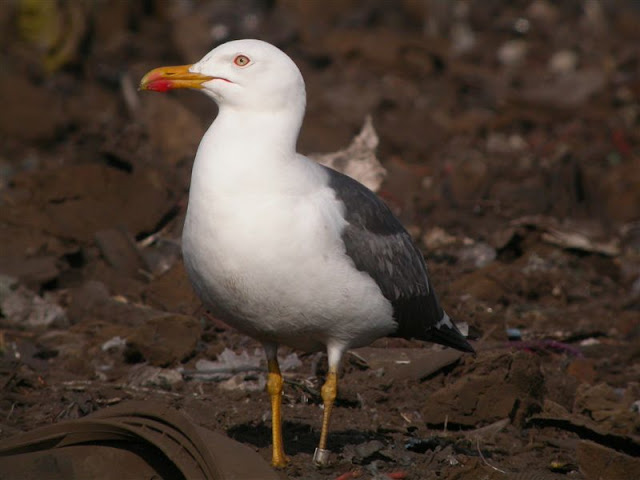