The very first Lesser Black-backed Gull seen through the telescope on Chouet Beach this morning was one of Peter Rock's birds from Bath, England. White D:G had been ringed as a pullus male in July 2007. However...the ring looked familiar because Catherine and I had seen this very bird on the beach at Quarteira, Portugal on 04 December 2009.

It is amazing that this bird should stop off in Guernsey on its return migration to Bath...and even more incredible that I was lucky enough to see it again! 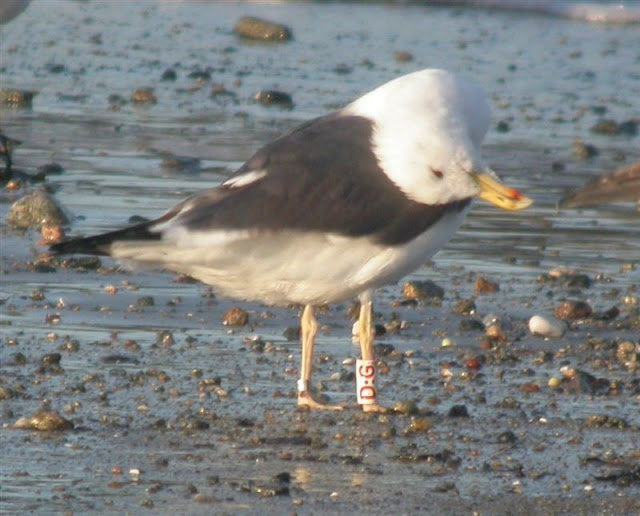 LBBG White D:G Chouet Beach 07 April 2010 - PKV
No returning "Guernsey" colour ringed LBBGs were seen today, although there were three yesterday...which included White 5.T6. This gull had been ringed as an adult male at Chouet landfill on 04 June 2009. I'd then seen it in Guernsey nine times up until 09 August. Paco Veiga then saw it at Doninos Beach, A Coruna, Spain on 20 August 2009. It was at Malaga Harbour, Spain on 04 and 06 January 2010 (Salva Garcia). 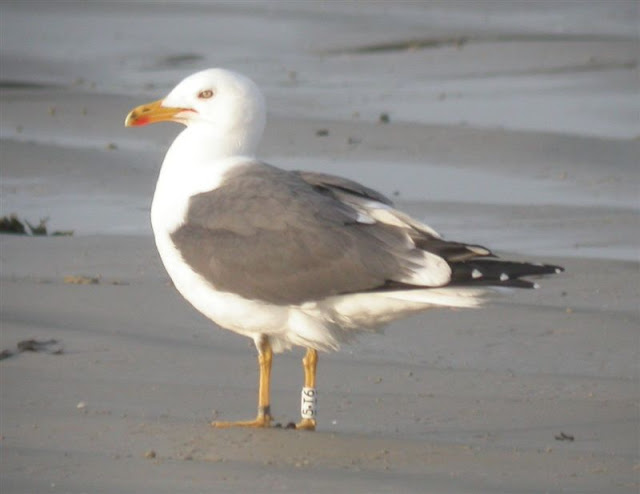 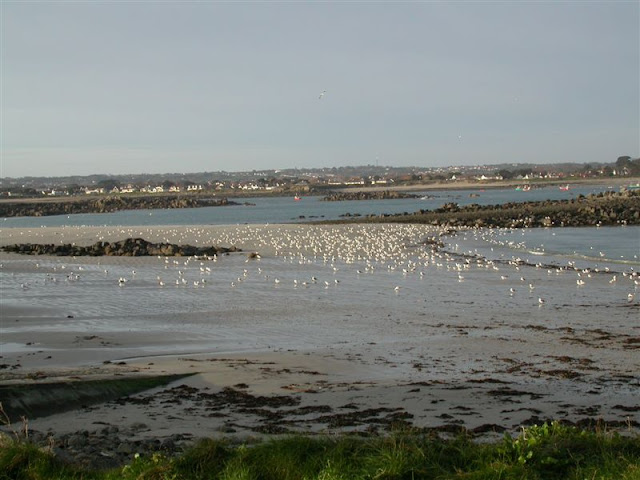 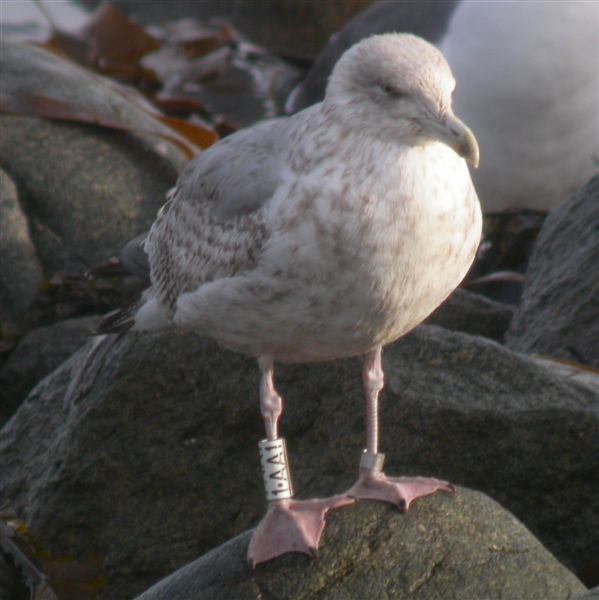 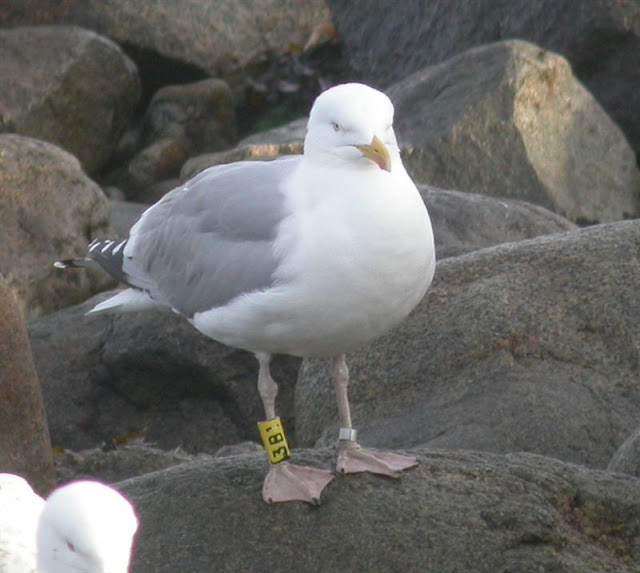 Herring Gull Yellow 3B1 Chouet landfill Beach 06 April 2010 - PKV
Herring Gull Yellow 3B1 is a regular sight at Chouet. It was ringed as a pullus by the late Bob Burrows on 28/06/1999 at Portelet Headland, Jersey. It has been a regular winter visitor to Noirmoutier Island in Vendee, France. It was last there on 01/12/09, but by 19/12/09 it had returned to Guernsey.
Posted by Guernsey Gulls at 14:01