Another Great Black-backed Gull from France 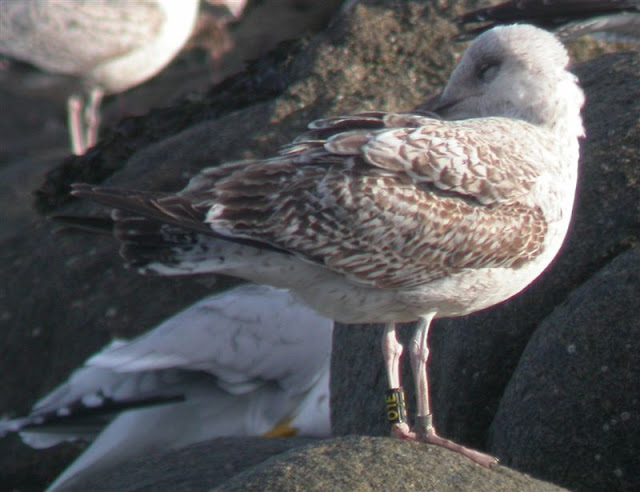 GBBG Black 01E Chouet Landfill Beach - PKV
I was lucky to be able to scan a good flock of gulls on Chouet Beach before the dog walkers arrived. 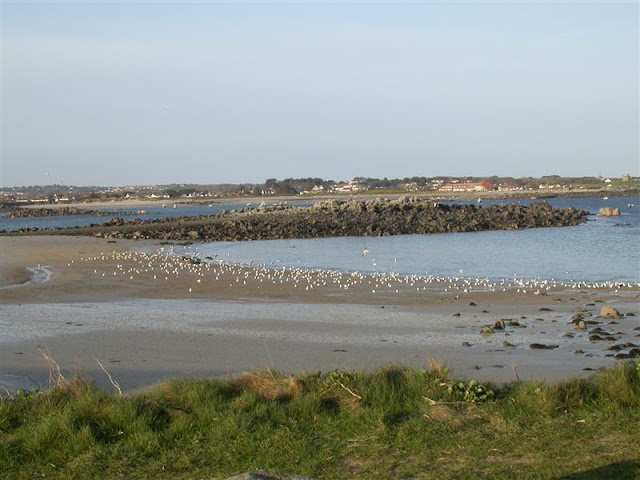 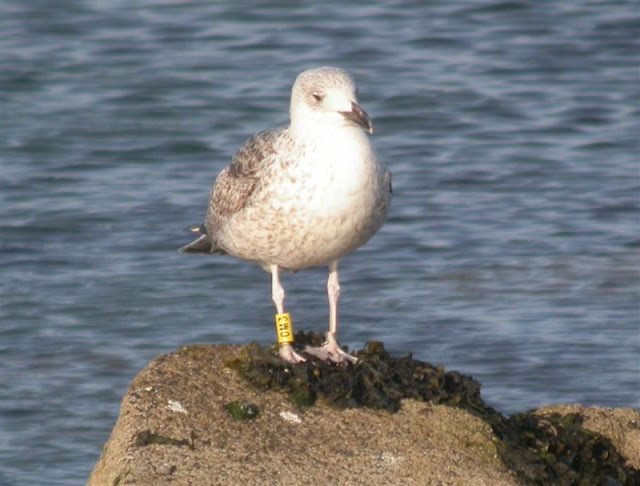 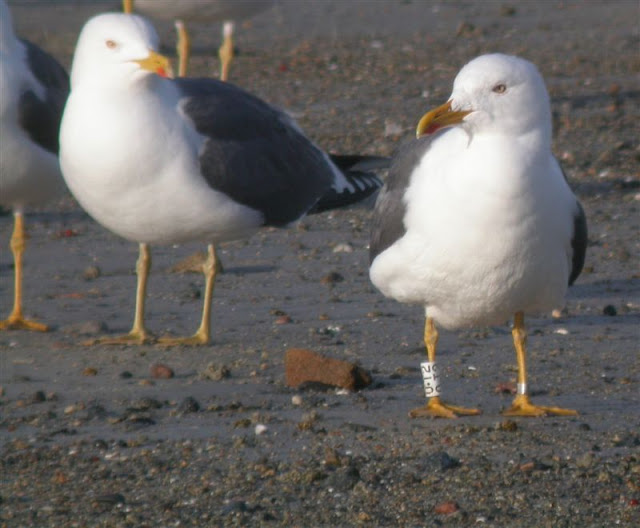 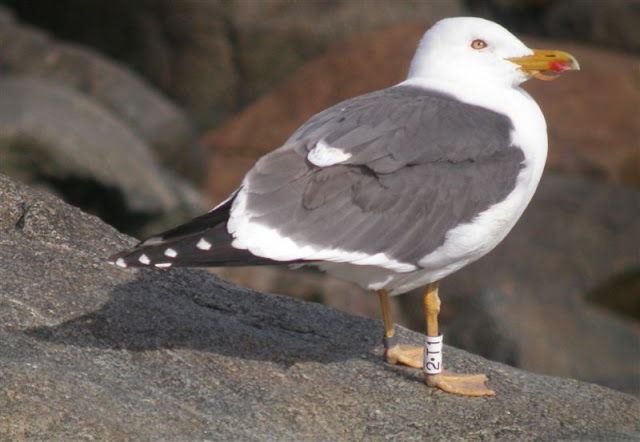 LBBG White 2.T1 Chouet Landfill Beach - I hope to catch this gull again this summer to see what has happened to its tongue (which is now protruding through a hole in the base of the lower mandible) - PKV 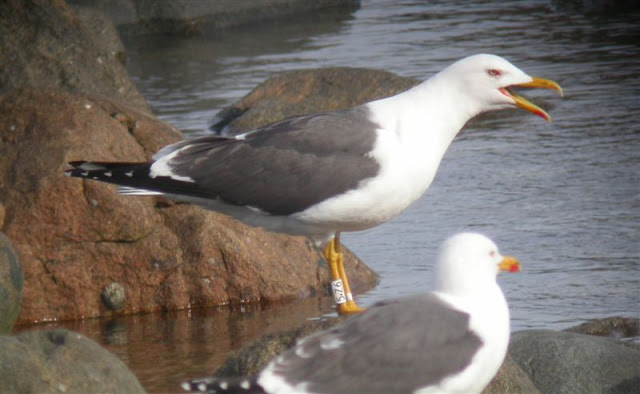 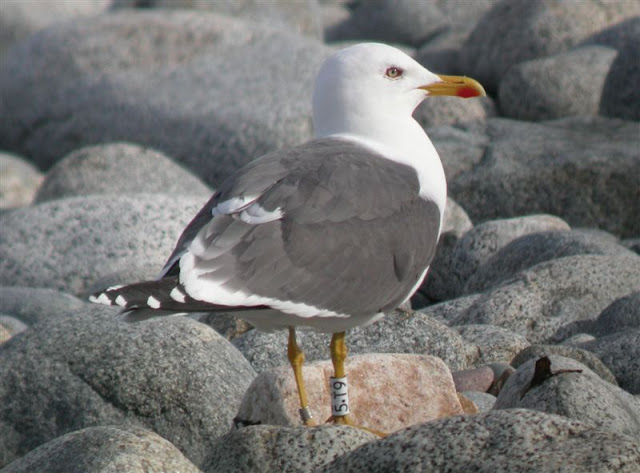 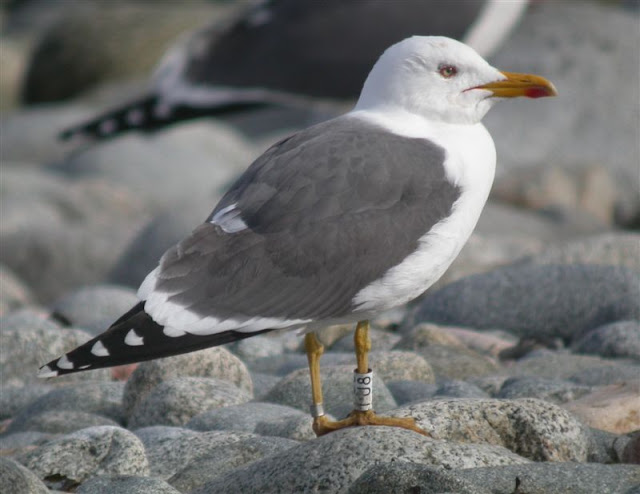 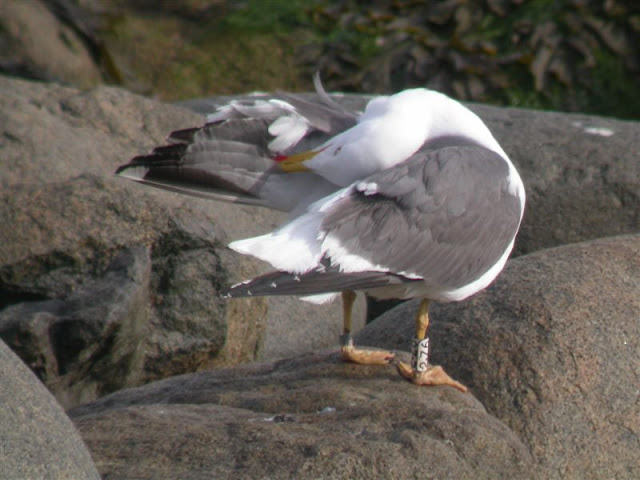 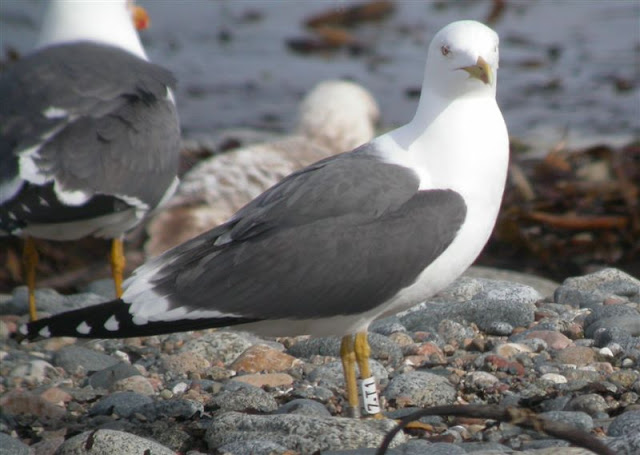 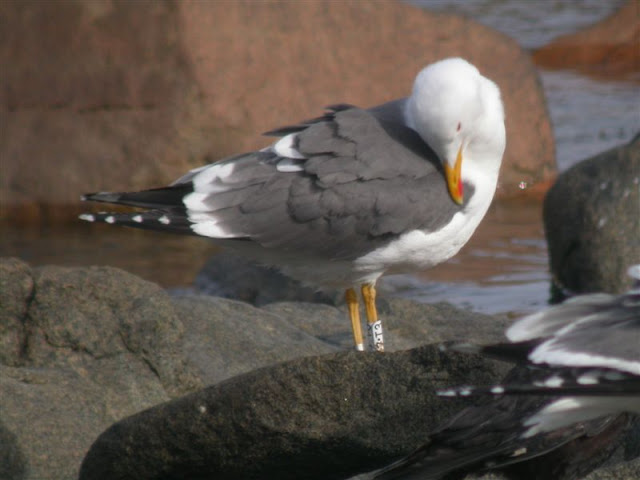 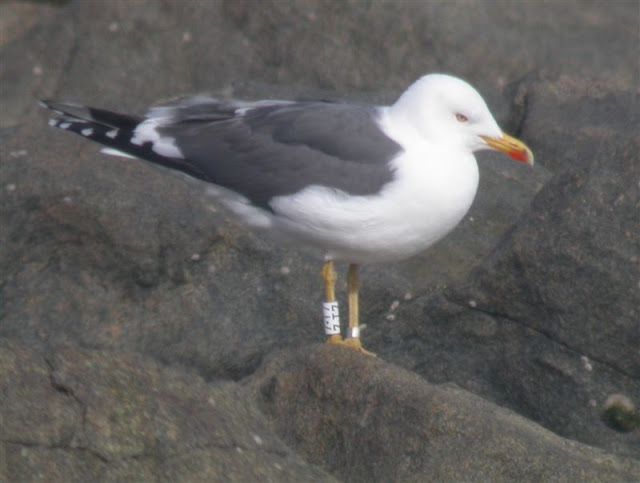 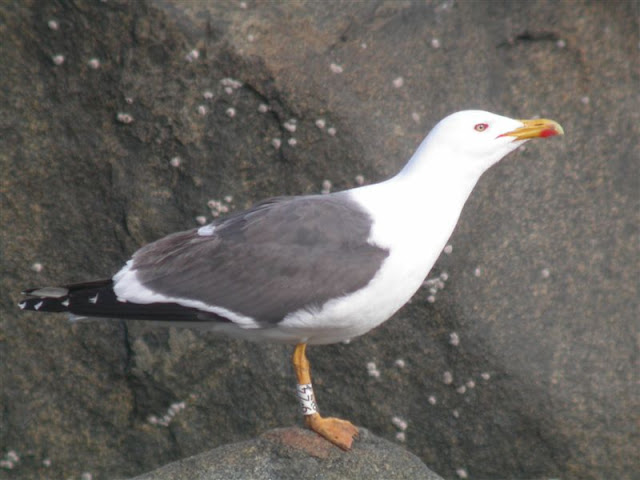