Today Catherine and I went over to Herm, with Catherine's parents, to take an early look at the gulls nesting on the cliffs. Many of the Herring Gulls were actually sitting on their nests, while some Lesser Black-backed Gulls were also on nests. We did not disturb any of the birds, so could not see if they had complete clutches of eggs yet. 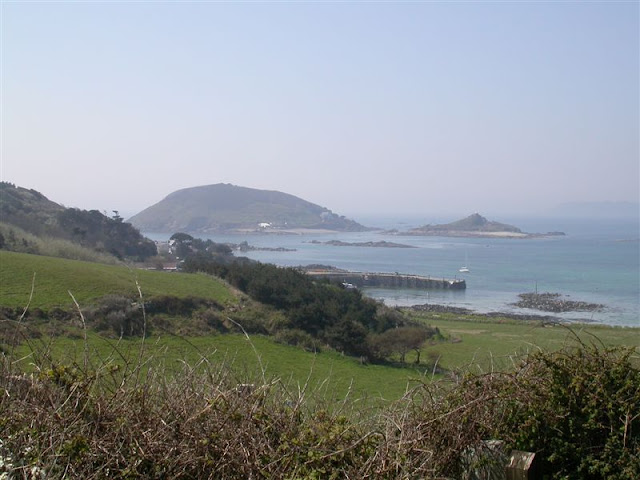 Jethou and Crevichon from Herm - PKV 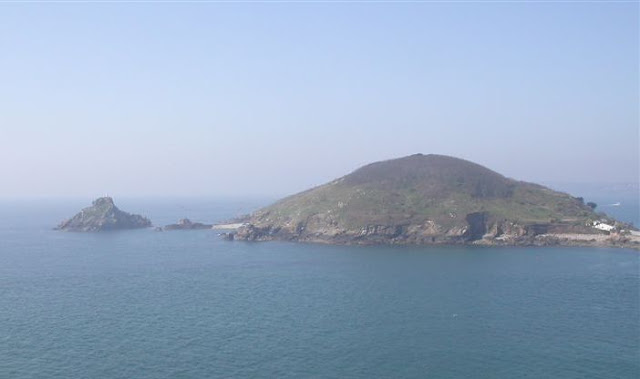 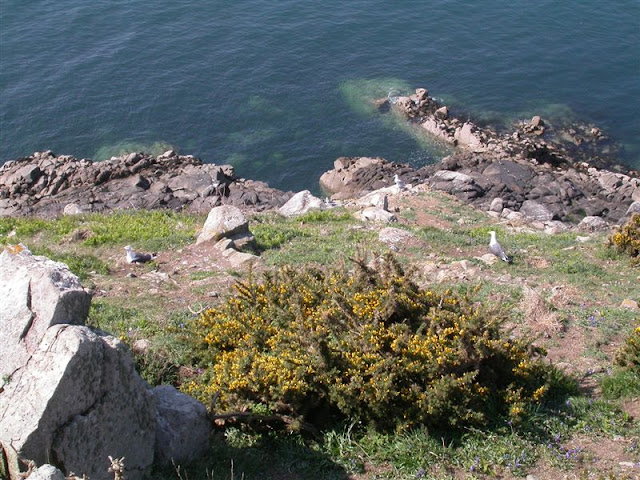 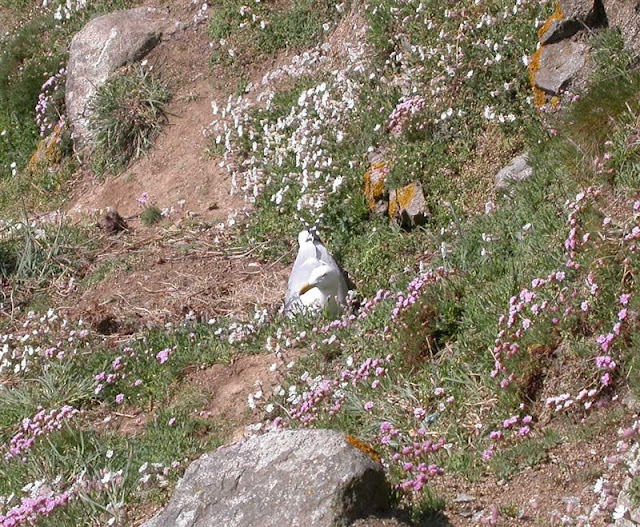 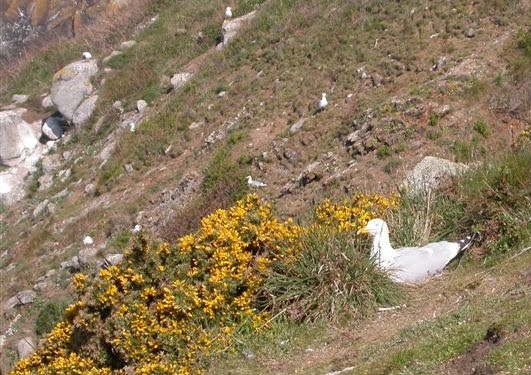 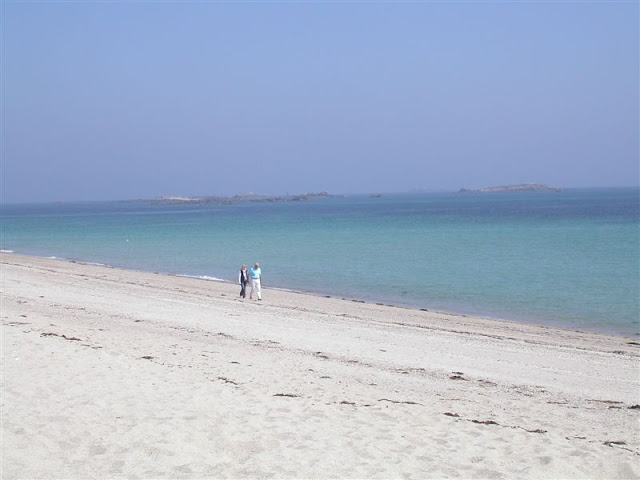 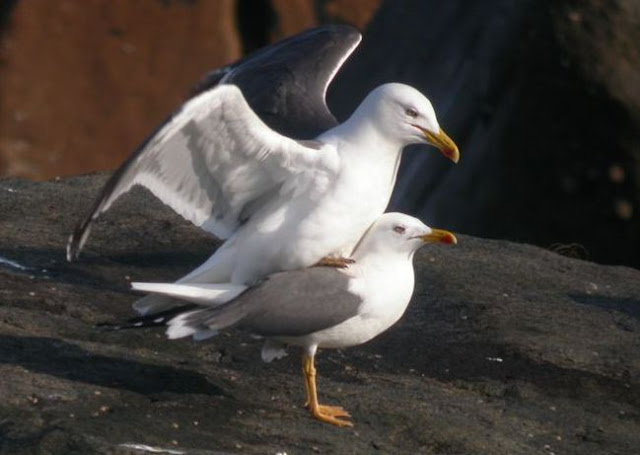