Martin Cade has informed me that one of the Great Black-backed Gull chicks ringed on Crevichon, Jethou on 9th June 2009 was seen at Portland Bill, Dorset, England on 22 January. This bird (Yellow 0L3) may even be the sibling of another chick from Crevichon (Yellow 0L1) which Martin saw at Portland on 28 August 2009. 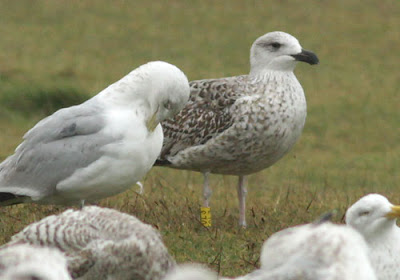 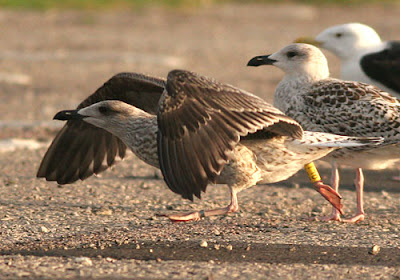 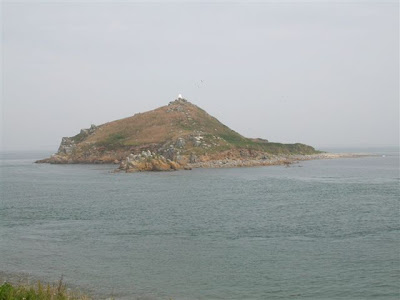