At lunchtime I took a quick look at Bordeaux harbour on the north-east coast of Guernsey. With low tide c 50 Herring Gulls and 30 Black-headed Gulls were resting on the beach. 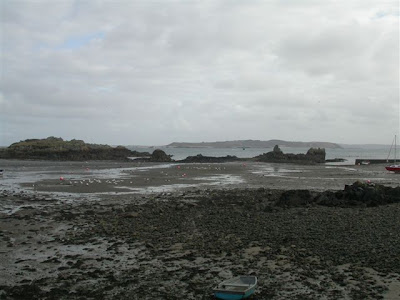 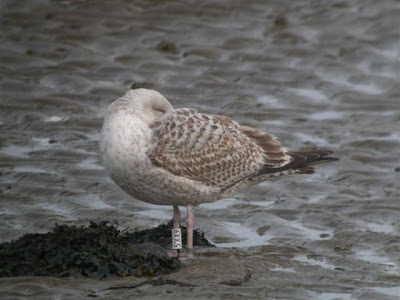 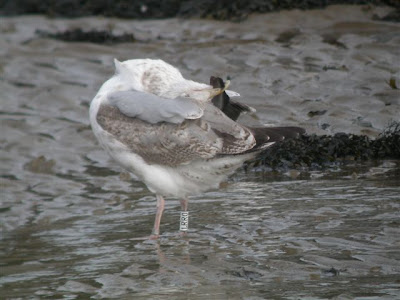 I also came across Great Black-backed Gull Green E.87 (which I had seen earlier in the day at Chouet landfill). Ringed on Chausey Islands - Seb Provost. 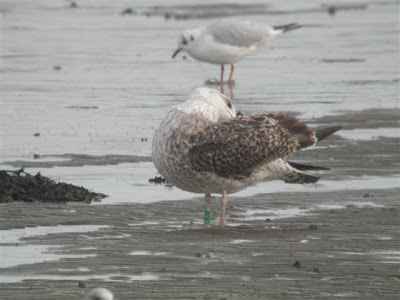 To finish off I popped into the adjacent Banque Imbert car-park (where gulls are often fed scraps by people at lunchtime). Jersey E 15061 (1st winter) Herring Gull was tame enough to read the metal ring here. This bird was ringed as a chick in June 2009 at Jerbourg Cliffs by Chris Mourant. 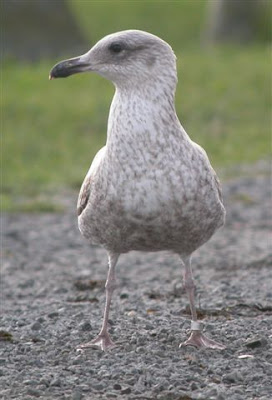