A Good Session at Chouet Landfill

Lesser Black-backed Gull Blue CSK - ringed 16/02/08 at Stoke Orchard landfill, Gloucester, England (Peter Stewart). This gull had been seen in Gloucestershire in November and December 2008, but there were no sightings at all in 2009. 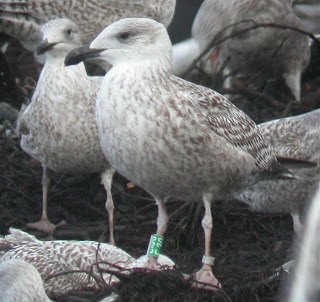