As the light is slowly beginning to pull out in the mornings I managed an hour at Chouet landfill before work. A superb session with 3,000+ gulls - mostly Herring, but with c 100 Great Black-backed Gulls and 8 Lesser Black-backed Gulls. 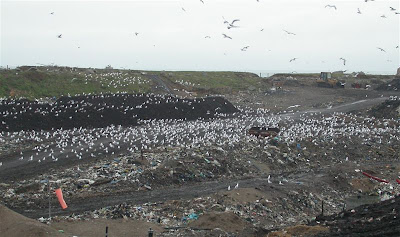 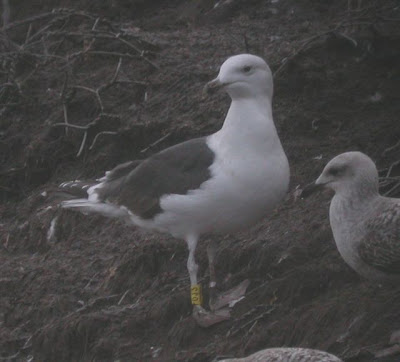 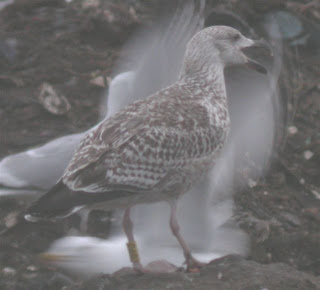 I was also very pleased today to receive news from Gabriel Martin in Spain of the sighting of LBBG White 5.U8 on 16 January 2010 at Alcazar de San Juan landfill, Cuidad Real, (ringed on the nest on Burhou, Alderney in June 2009) and seen at Portimao, Portugal on 16 September 2009 (Rob Voesten and Stef Waasdorp).