The Year Gets off to a Good Start at Chouet landfill 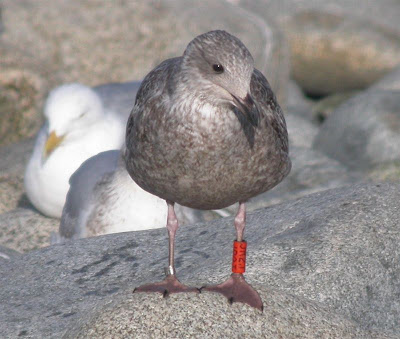 Nine colour ringed Great Black-backed Gulls - four from Guernsey, and five from France - Blue 47D, Blue 77C and Blue 30C (all from Gilles Le Guillou's project based at Le Havre, Seine-Maritime, France -all recorded before in Guernsey), and Green A87 (first recorded in Guernsey 16 October 2008) and Green E.87  from Chausey Islands, Manche, France (Seb Provost) - (first sighting in Guernsey...although it had been seen at Portland Bill, Dorset, England on 22/10/09 by Martin Cade, Portland Bill Bird Observatory). 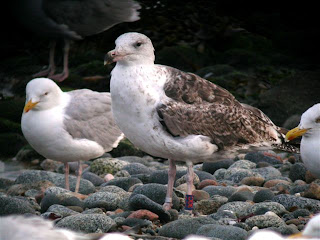