Very little time today to look for gulls - so a real bonus to find a new 1st winter Great Black-backed Gull on Perelle Beach (west coast of Guernsey). Black (yellow code) 17E is one of the chicks ringed by Gilles Le Guillou in the summer of 2009 in Seine-Maritime, France.

It was on the beach with a flock of 32 GBBGs (including Blue 30C) - another of Gilles' GBBGs from Le Havre, France - but this bird is very well known in Guernsey.

Also one of the Herring Gull chicks from Pleinmont Cliffs, Guernsey (June 2009) on Perelle Beach. 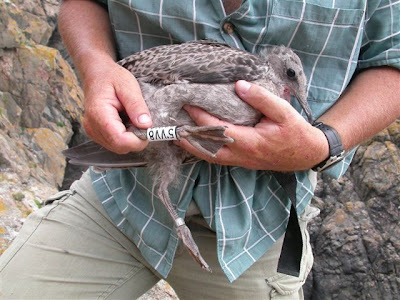 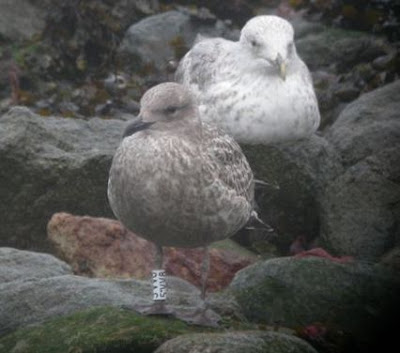