Mark Lawlor - Guernsey's Bird Recorder - sent me the following very nice photo of Herring Gull White 2.JJ2 taken on 25 January 2010 at Rousse Bay, Guernsey. This is less than 2 km from our garden (Ty Coed) where this gull was ringed as an adult female on 31 May 2009. Surprisingly it has only been recorded twice before - on 07/06/09 on Vazon Bay (Julian Medland) and on 18/07/09 at Chouet landfill Beach (PKV). 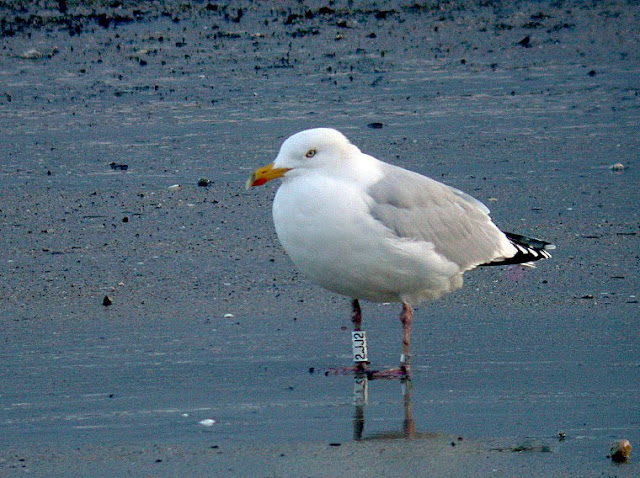