The highlight at Chouet landfill this morning was the sighting of Lesser Black-backed Gull metal Jersey E4527. I ringed this gull as a chick in one of the Sark colonies in July 1990 - so the bird is now in its 20th year! It is amazing to think how far this gull has flown in its lifetime (almost certainly wintering in Iberia), and how many chicks it has raised successfully over its long life! 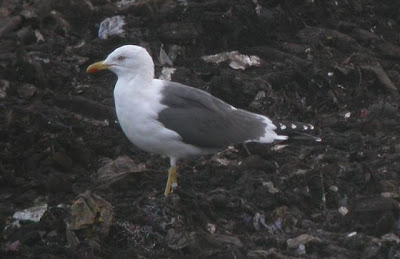 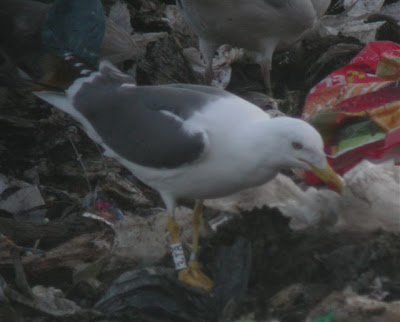 64 locally colour ringed Herring Gulls were recorded. Great Black-backed Gulls were noticeabl;y scarcer today - with ony c 40 birds, but this included two (already known) French birds from the Chausey Islands (Seb Provost) Green E.87 (first seen in Guernsey on 02/01/10) and Green E.30 (first seen in Guernsey on 07/11/09). Interestingly both of these birds had been seen at Portland, Dorset, England (Martin Cade) before travelling to Guernsey. 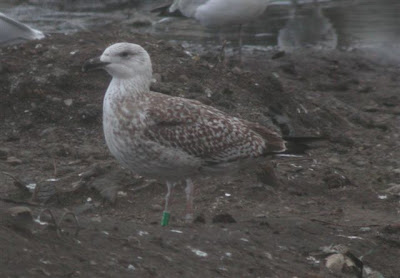