The Return of the First Guernsey Nesting Lesser Black-backed Gull!

A little earlier than forecast but today saw the return of the first of the Lesser Black-backed Gulls which nest in the Islands - White 3.T8. This bird was ringed at Chouet landfill on 4th June 2009 as an adult. I saw the bird on four further occasions at Chouet in 2009 - the last of which being on 13 August 2009. Unfortunately this bird was not seen over the winter...so although I am sure that this bird left Guernsey I do not know where it wintered. My guess would be not in Iberia, but much closer to home in northern France or (most likely) southern Britain. Only further time with my projects will reveal such information.

Wherever it went...it was very good to see the first of my Lesser Black-backed Gulls back home! 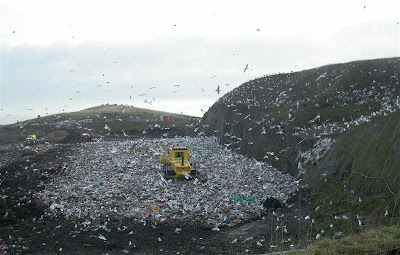 Other than that it was a very good 2 hour session from first light at Chouet landfill - with my first 100+ colour ringed gulls day of the year - 99 Herring, 1 Lesser Black-backed and 10 Great Black-backed gulls.

One Herring Gull (Green BTJ) ringed as a chick on Les Ecrehous reef, Jersey in June 2000. 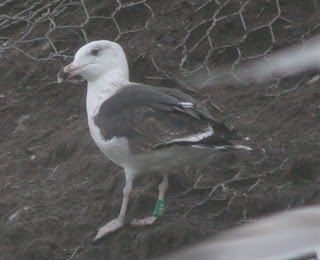 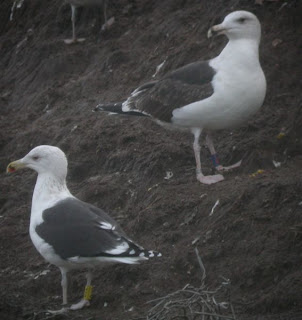 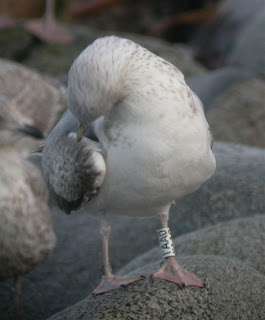 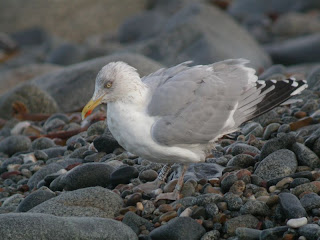 Two bonuses today were a near adult Yellow-legged Gull at the landfill this morning  and a Barn Owl which drifted across the road at dawn as I drove out to Pembroke bay.

Hundreds of Fieldfares and Redwings enjoying the thawed out Common and football pitches near home!