Another good tide at Chouet, but little migration - except surprise appearance from an "old friend"

The surprise of another very enjoyable early morning was the re-sighting of Lesser Black-backed Gull White 1DH. This adult gull was ringed at Gloucester Landfill, England in March 2004, and it has wintered ever since at the landfills of NW France (Alain Fossé). It has been seen in three separate autumns on migration in Guernsey, but never before in spring. Today's sighting was even more surprising as this gull (which again wintered in France in 2009/10) was seen back at Gloucester on 02 March 2010 (John Sanders). No doubt it will not stay long in Guernsey before returning to the South-west of England (where it no doubt breeds). 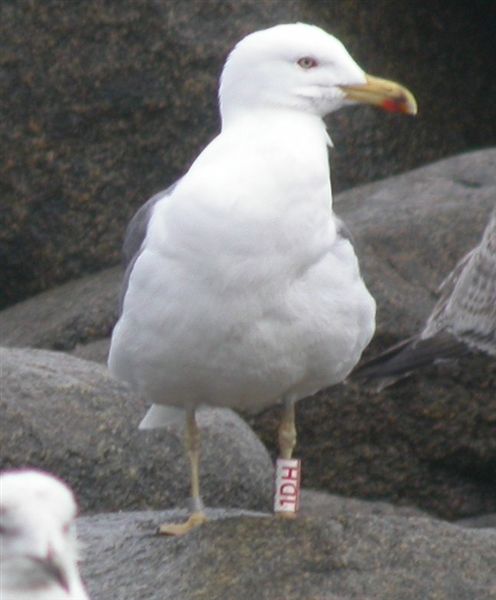 LBBG White 1DH Chouet landfill Beach 23 March 2010 - PKV
Around 400 LBBGs were on the beach and in the landfill this morning, including 15 of my cr birds (although none was a new sighting for the year - indicating that there has been little passage over the past 24 hours or so). 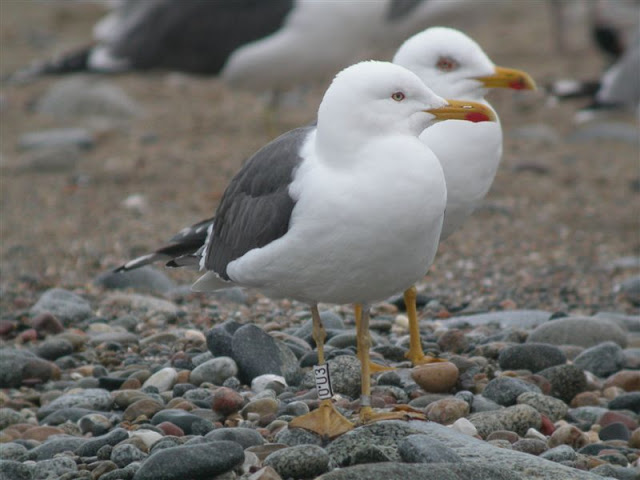 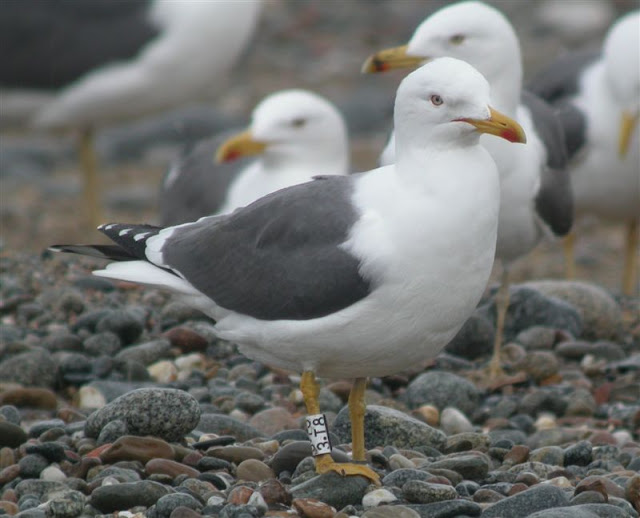 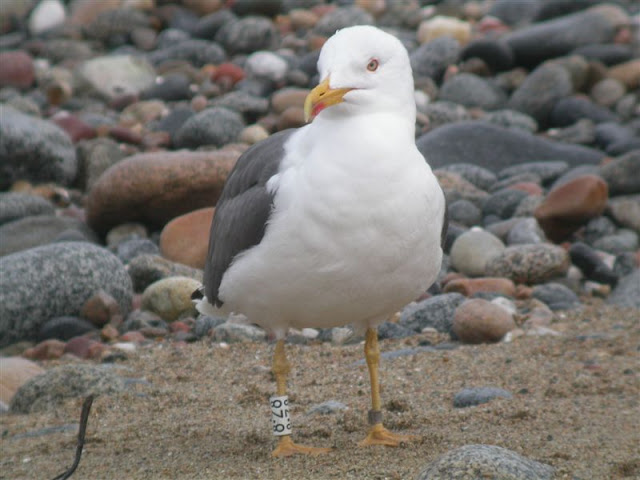 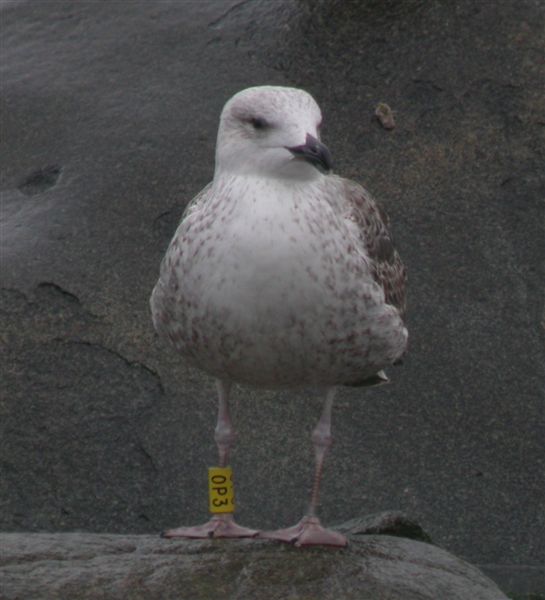 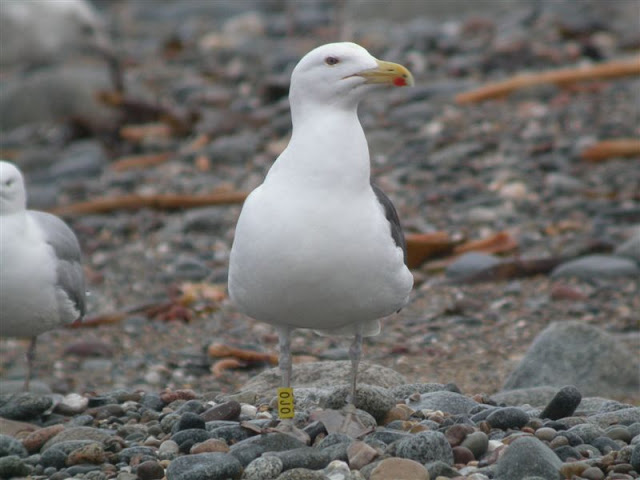