No sooner had I written the previous blog commenting on the strange behaviour of Lesser Black-backed Gull White 1DH (which has come south in spring to Guernsey from Gloucestershire) than John Sanders informed me of the sighting of LBBG White 3.Z5 today at Bishop's Cleeve Landfill, Cheltenham, Glocs, England.

White 3.Z5 was seen for the first time this spring here in Guernsey at Chouet Landfill Beach at around 8 am yesterday morning! It is an adult male ringed in May 2009 in our garden, and then recorded seven times over the summer around Chouet - until it was last seen on 27th August. Although this gull left Guernsey for the winter I have no reports of it until it arrived back in Guernsey for the nesting season. I have little doubt that after a brief sojurn at the landfills in Gloucs. it will return to Guernsey to nest again this year. 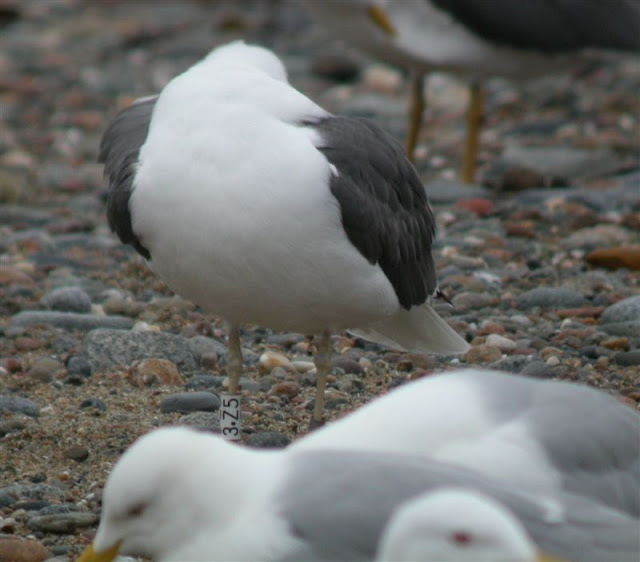 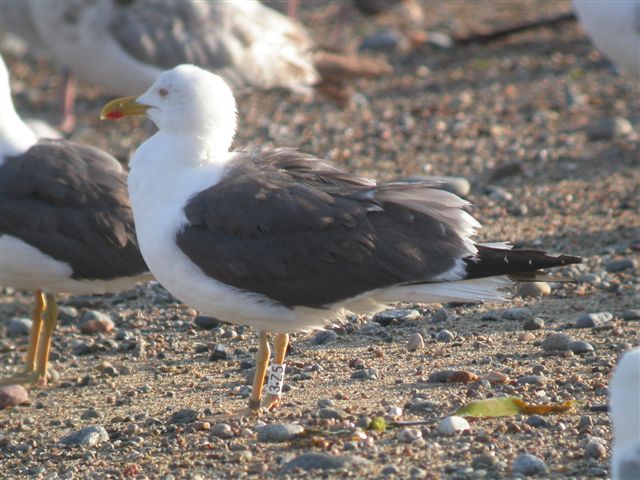