On 19, 24 and 26 March 2010 I saw Lesser Black-backed Gull Green X:05 at Chouet. Amazingly this gull was picked up at Malagueta Beach, Malaga, southern Spain on 09 December 2009 suffering from food poisoning. It was looked after for 16 days by local gull enthusiast Salva Garcia. He was able to ring and release this gull (Green X:05) on Christmas Eve in Malaga Port. He then saw it at the port on 04 and 05 January 2010 - with Hannu Koskinnen.

It is fabulous to see Salva's careful rehabilitation of this gull rewarded by the gull making a complete recovery enabling it to make the 1,450 km migration up to Guernsey. It is unusual for Lesser Black-backed Gulls to stop off on spring migration for several days - and so with this gull already spending a week here, it will be interesting to see if it is in fact a "Guernsey Gull"! 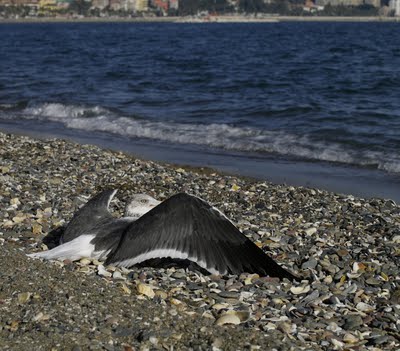 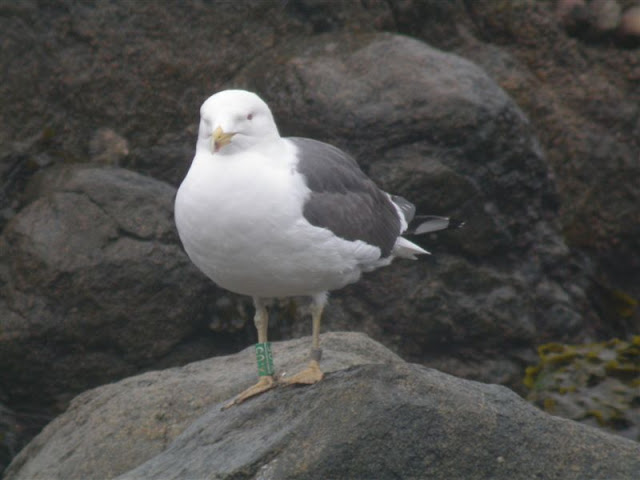