After a cold week with mostly easterly or north-westerly winds today was bright and sunny in Guernsey with a very gentle breeze from the north. Numbers of Lesser Black-backed Gulls at Chouet picked up a little today - with c 320 birds present - which included 17 of my marked birds.

Interestingly two LBBGs, which had arrived back in Guernsey early this spring only to leave the island again shortly afterwards, were seen again at Chouet landfill. White 1.T4 (an adult ringed in May 2009 in our garden) had been reported in the autumn of 2009 in Costa da Caparica, Portugal, and I recorded it back at Chouet, Guernsey on 02 March. However from 08-11 March it was recorded at Gloucester and Bishop's Cleeve landfills, Glocs, England (John Sanders). 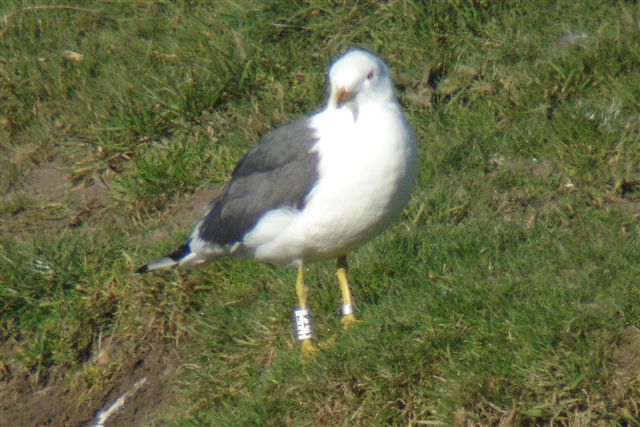 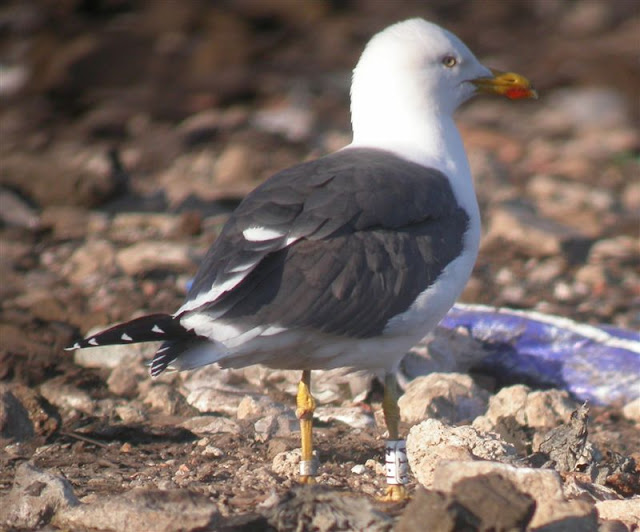 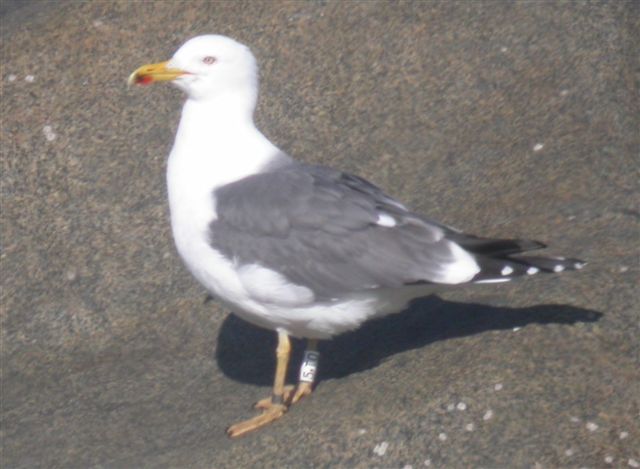 LBBG White 5.T0 back at Chouet landfill Beach 15 March 2010 - PKV
Also today at Chouet landfill Beach, Guernsey Lesser Black-backed Gull White 8.Z7 was seen for the first time this spring. Ringed as a breeding adult in one of the Sark colonies on 20 May 2009, this gull had been reported from Malaga, southern Spain five times from 04/09/09 to 30/11/09 (Miguel Moreno, Salva Garcia and Dave Murray). 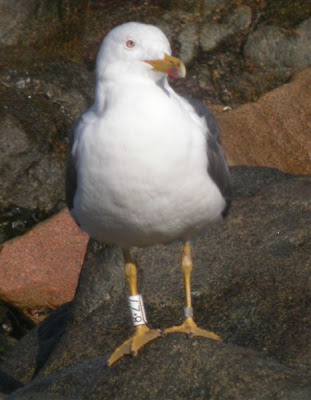 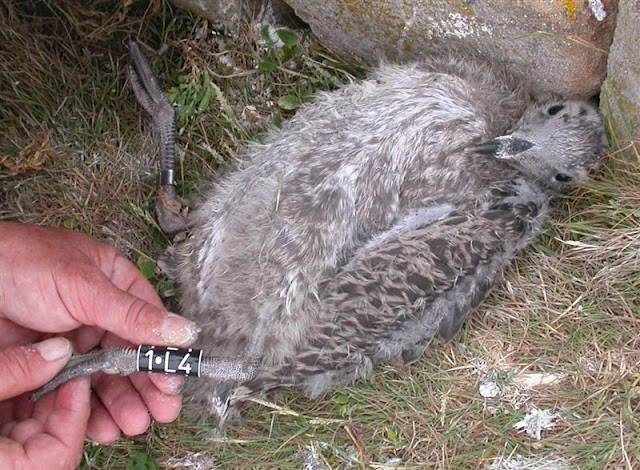