Amongst the 400 Lesser Black-backed Gulls at Chouet this morning were a record 30 birds from my colour ringing project - including four seen for the first time this spring. Two of these had been wintering in NW France and the other had been seen in Portugal in September. 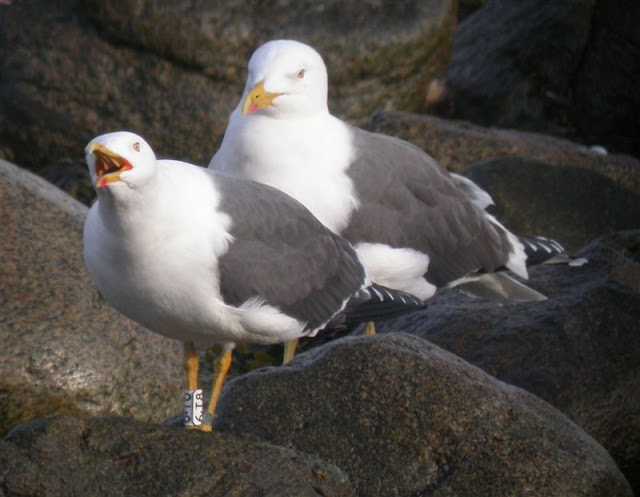 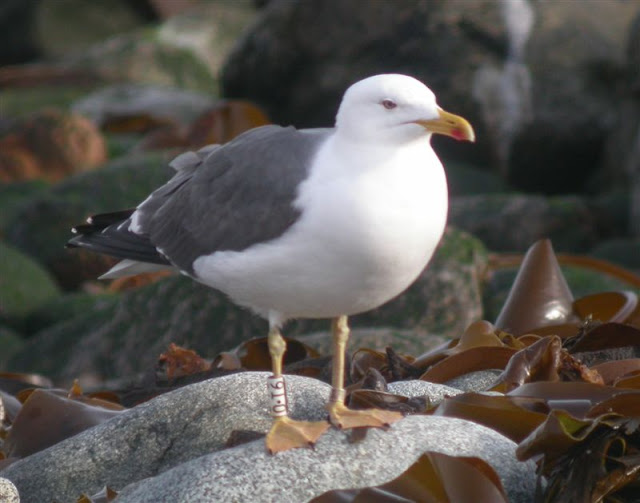 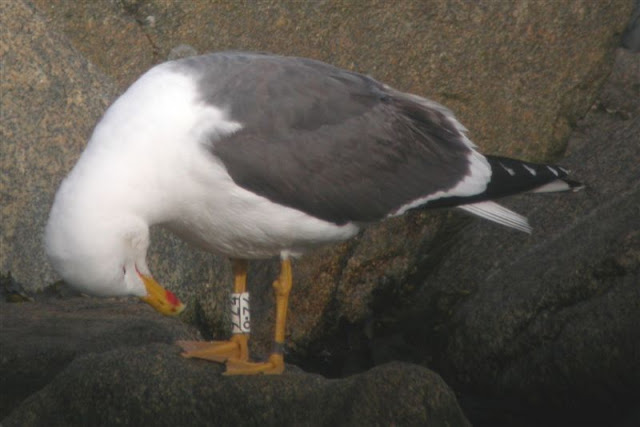 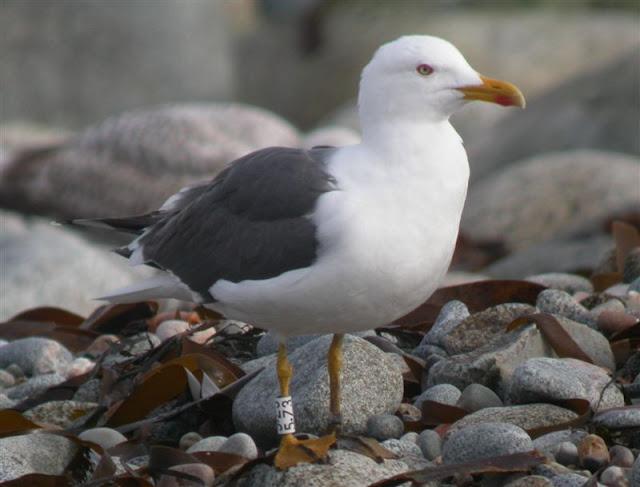 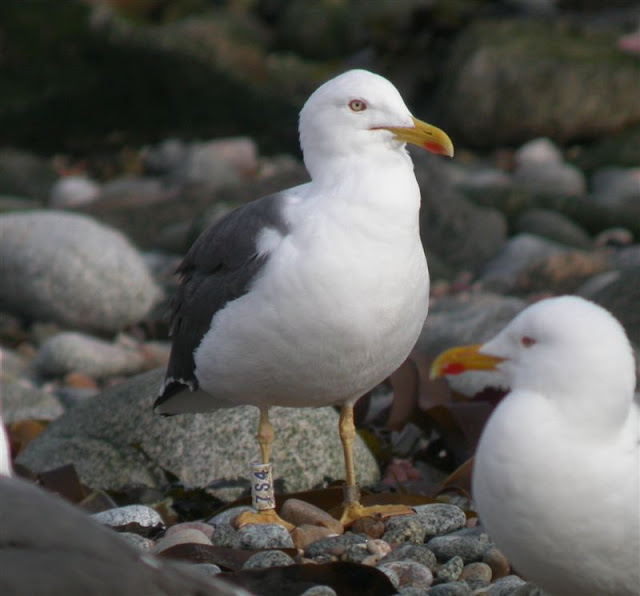 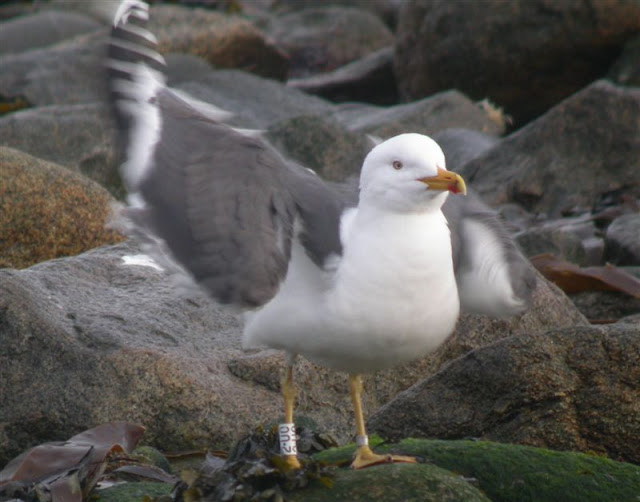 LBBG White 2.U0 - PKV
Amongst the Great Black-backed Gulls seen was a new one ringed as a chick in the Chausey islands, France in July 2009 (Green E.89), and Orange GC9.T from Pitsea, Essex, England was also seen again. 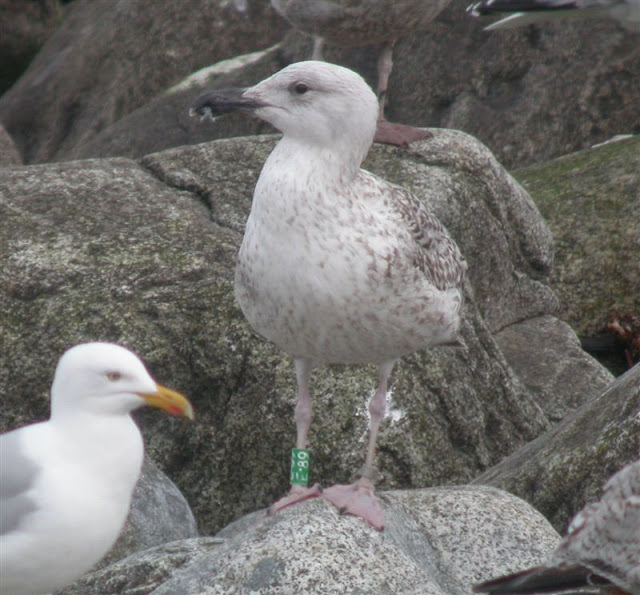 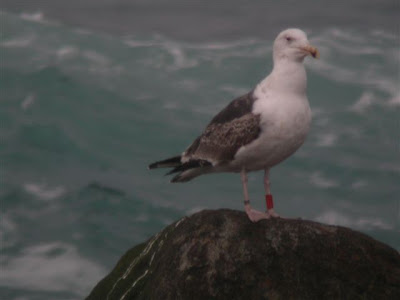