Cool weather makes for a slow Spring in Guernsey!

It is hard to believe it is mid-March, as there have been very few migrant passerines recorded in Guernsey so far this spring - only a handful of adventurous Northern Wheatears. New Lesser Black-backed Gulls are arriving back daily - but only a trickle.

Chouet Landfill was shrouded in early morning mist today before the sun broke through. The partial albino Lesser Black-backed Gull, which I have seen on Lihou Island, was again at the landfill. 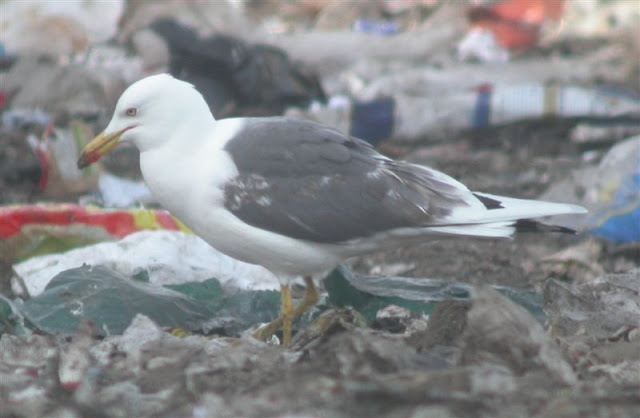 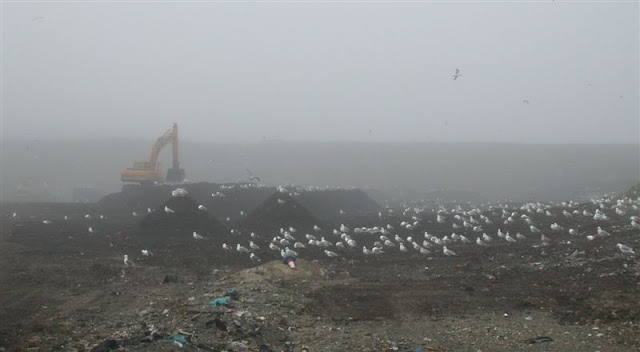 Chouet landfill in early morning mist - 16 March 2010 - PKV
The highlight of a reasonable session at the landfill was the sighting of Lesser Black-backed Gull White 9.Z7.  Not only was this gull ringed in our garden (on 24 May 2009) as an adult male, but Catherine and I saw it almost 1,500km away at Quarteira, Algarve, Portugal in December 2009. This is the first of our LBBGs that I have personally seen in Iberia and then back here in Guernsey. 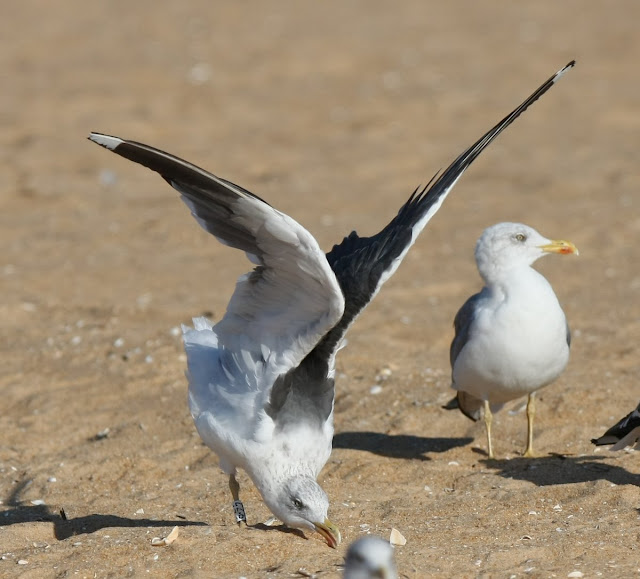 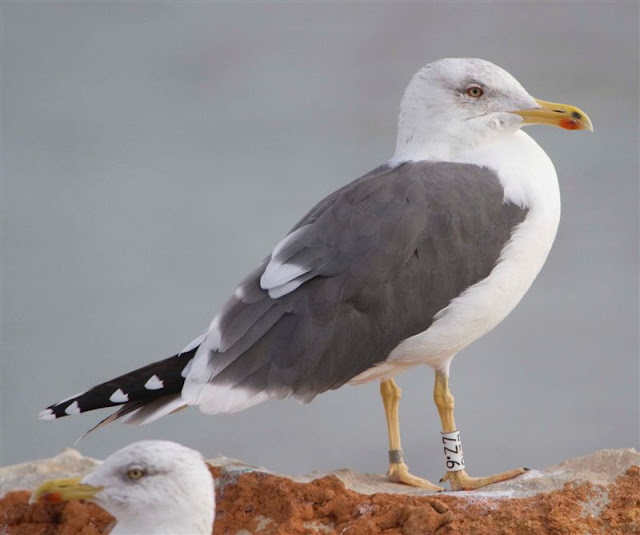 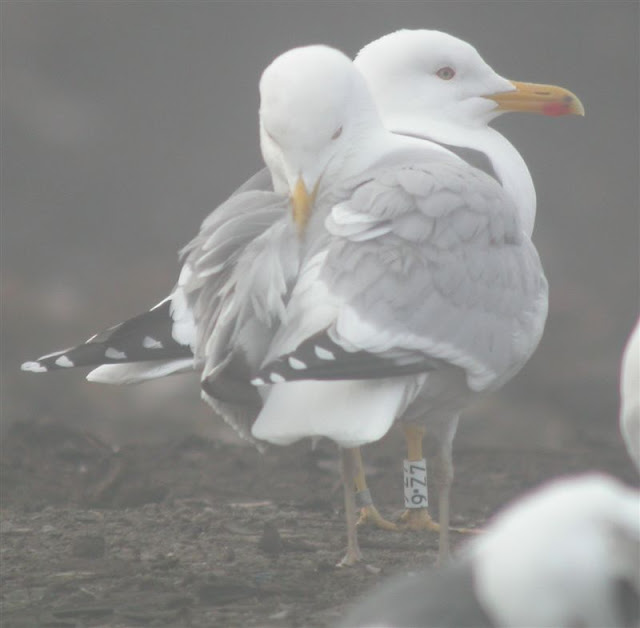 LBBG White 9.Z7 Chouet landfill, Guernsey, 16 March 2010 - PKV
19 colour ringed LBBGs were observed - all from my project. Of these only White 7.T1 (unreported over the winter) was a new arrival back. 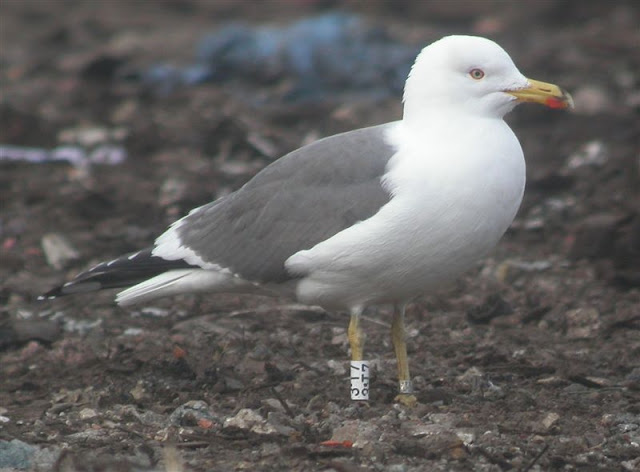 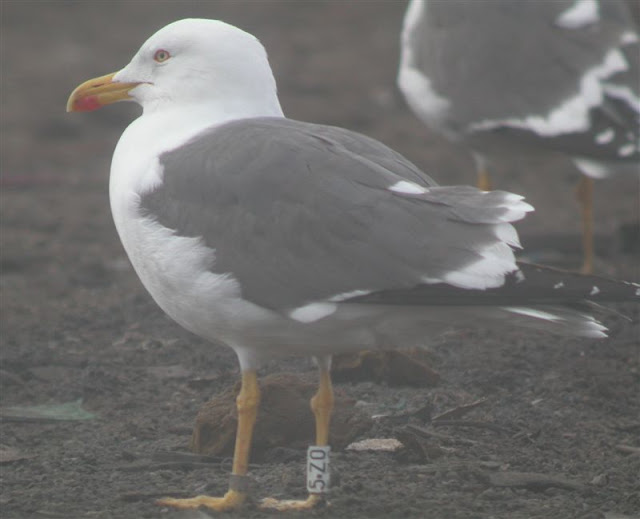 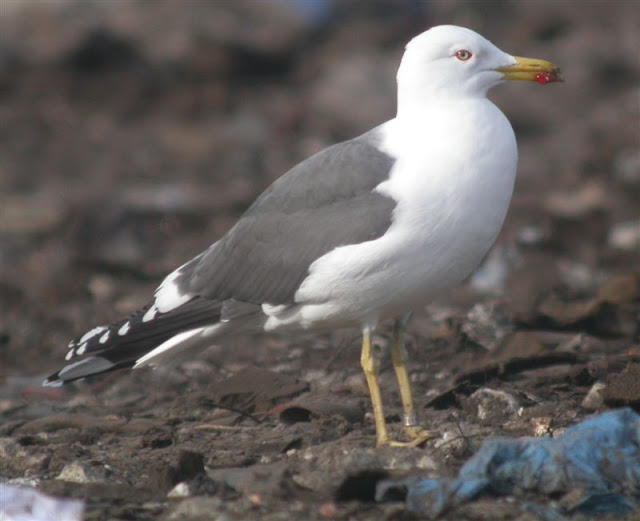