Over the past few days we have had very strong and cold easterly winds in Guernsey. As a result there has been a noticeable slow down in arrivals of new Lesser Black-backed Gulls in Guernsey...although new birds are continuing to arrive on a daily basis.

Interestingly too four of the colour ringed birds have arrived back in Guernsey...only to leave again after a few days...one to Gloucester landfill, England and the others to landfill sites in NW France. Perhaps the cold weather is damping their enthusiasm for spring...although Lesser Black-backed Gulls can now be seen pairing and in courtship behaviour at Chouet landfill and on the beaches here.

Also of interest are reports from John Sanders that he has seen three of the foreign cr Lesser Black-backed Gulls recorded at Chouet landfill this spring only a couple of days later at Gloucester landfill, England. These were Red D.M and White B:B (both birds from Peter Rock's) project and also Y528 (from Iceland). Sightings such as this really reveal the benefits of colour ringing! 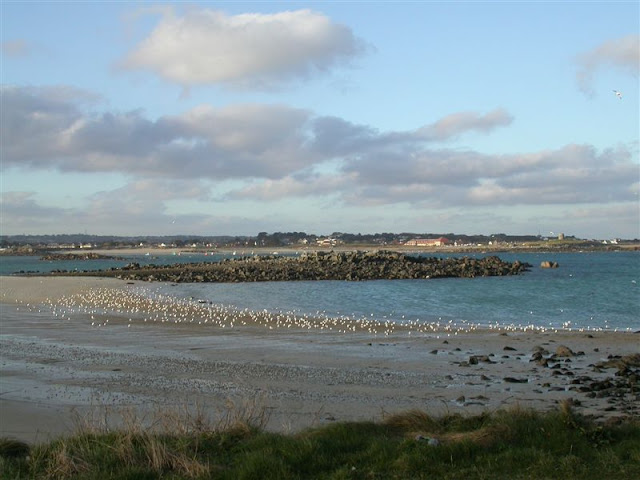 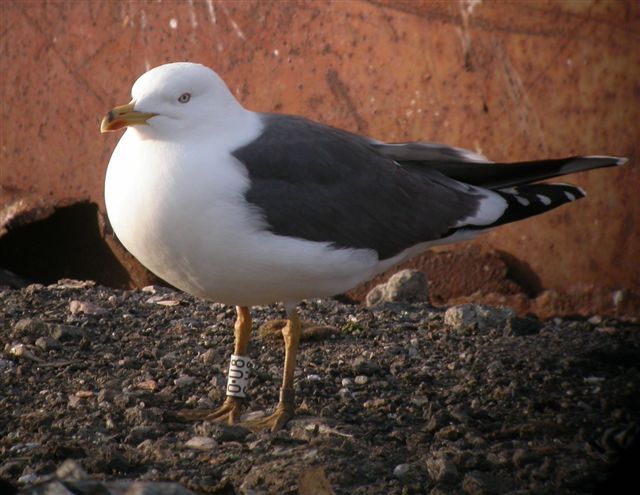 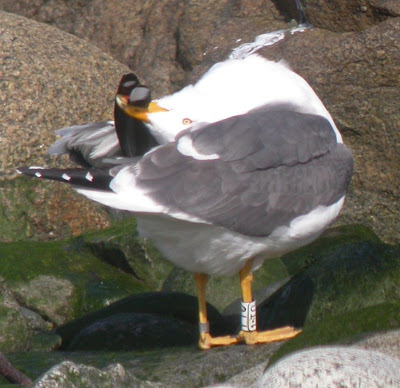 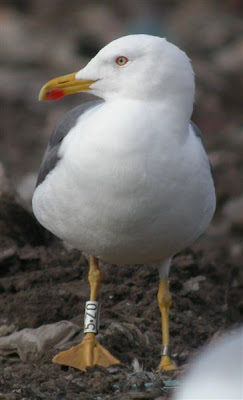 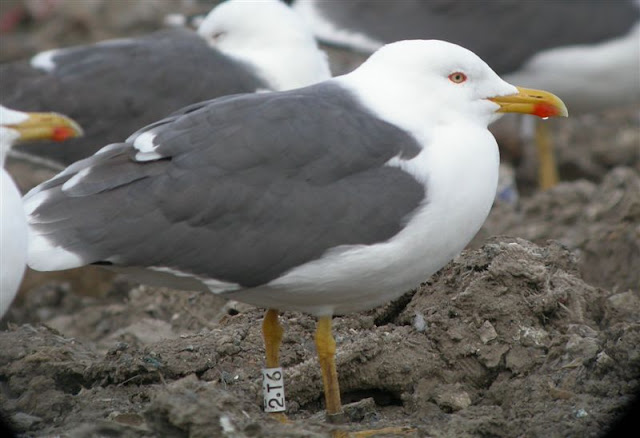 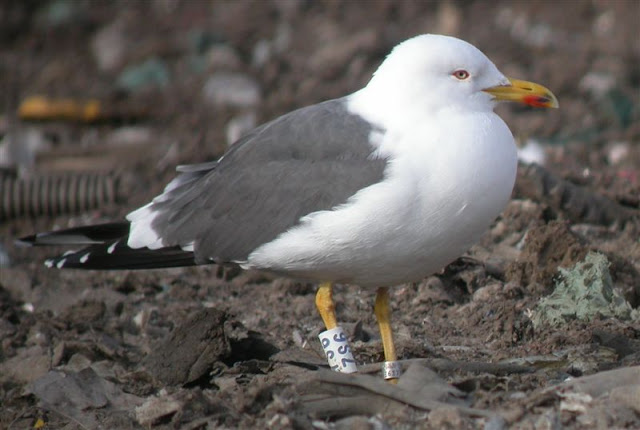 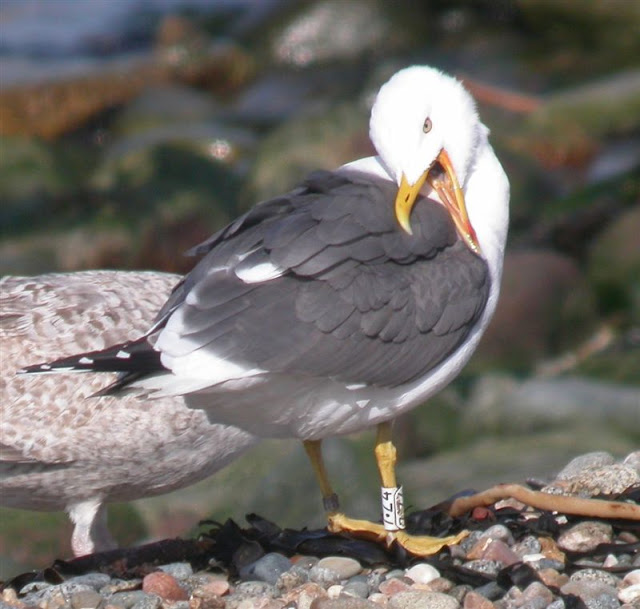 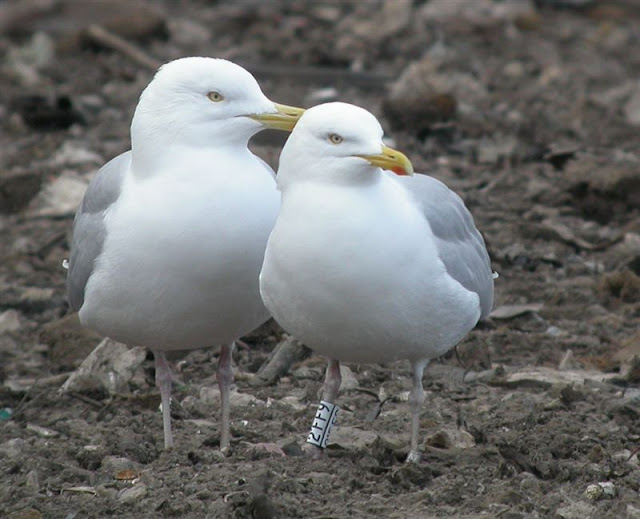