A stop for a cup of coffee on Guernsey's north-east coast provided a spectacle in the form of a large female Peregrine hunting waders and Black-headed Gulls just offshore. The falcon was continuously mobbed by a flock of c 40 Herring Gulls, but this did not stop it from chasing waders over the rocky shore, or then an immature Black-headed Gull about 100m offshore. I was quite surprised to see the falcon attacking the gull over a rough sea only a couple of metres above the waves with Herring Gulls mobbing the falcon. If the Peregrine had been knocked or forced into the sea I imagine it would have drowned quickly.

The Black-headed Gull, although a 1st winter bird, survived the attack by settling on the sea...which must have taken some nerve with a super fast Peregrine right up your tail pipes! I have seen Eurasian Teal do the same in the UK when attacked by Peregrine...the worst thing the prey can do is take to the air...and then try to outfly such a supreme aerial preadtor!

Over the past two days quite a few more Lesser Black-backed Gulls have returned to Guernsey. Yesterday I had 27 cr birds at Chouet landfill (and its adjacent beach)...and today (in stronger winds where the birds settled far less) 18. Several of these had returned from wintering in Portugal and France...and today I saw an adult with a British metal ring - London 54638 - ringed on 06/11/1993 at Gloucester Landfill Gloucester, England by the Severn Estuary Gull Group. 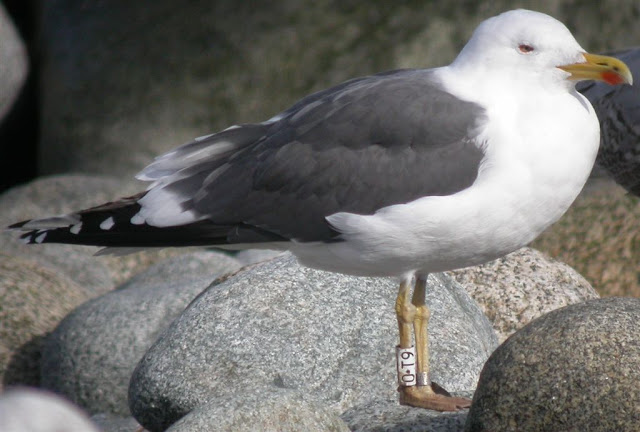 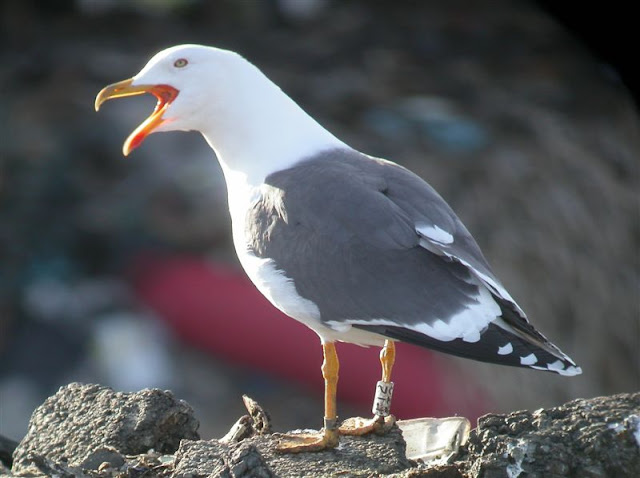 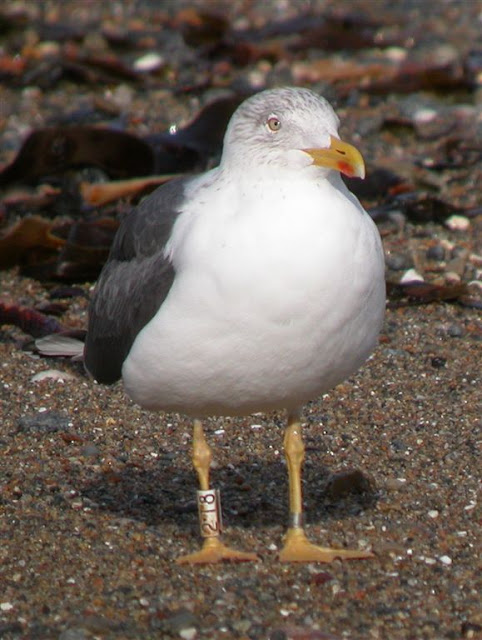 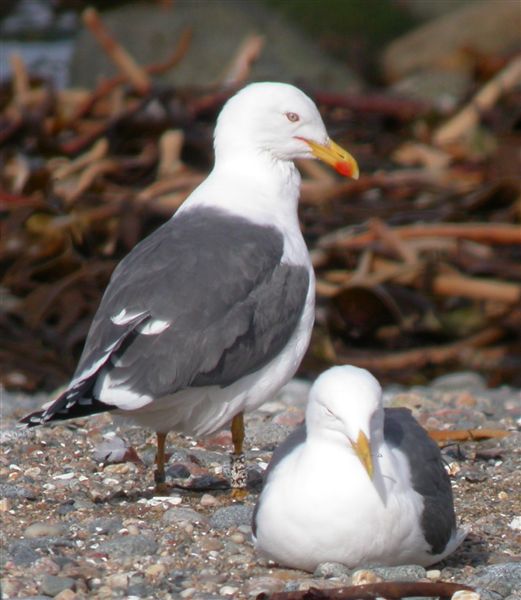 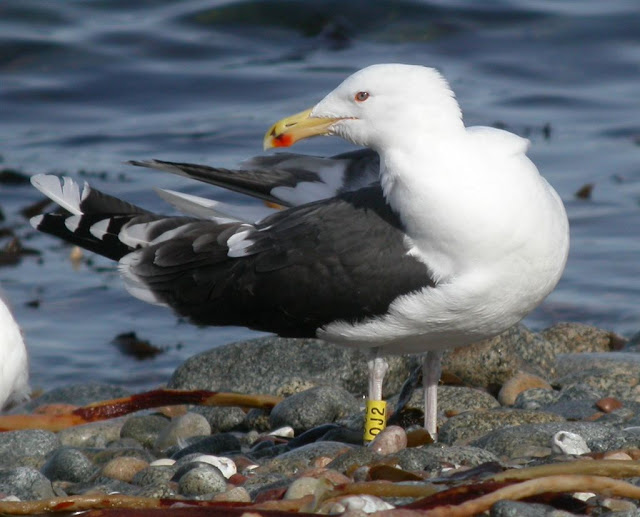