Another interesting morning at Chouet

The highlight of an interesting early session at Chouet landfill today was the sighting of a 2nd summer Great Black-backed Gull from Essex, England. Orange GC9.T was in the thick of the action and so very hard to photograph. In the end I got the bird but not the ring! This gull is one ringed by the North Thames Gull Group in Essex.

Quite a few of the Lesser Black-backed Gulls are now courting - even in the landfill, while new arrivals continue to trickle in. 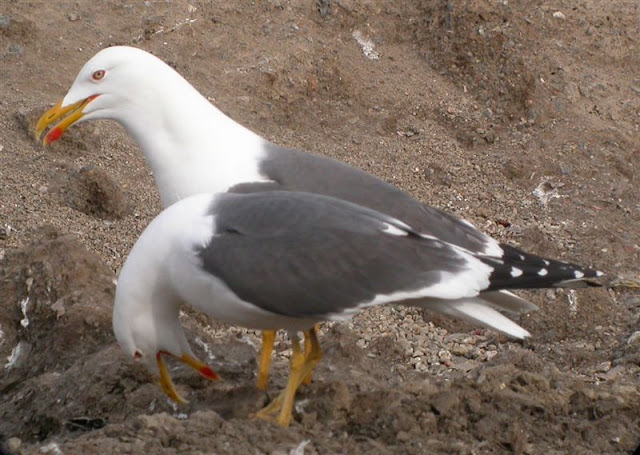 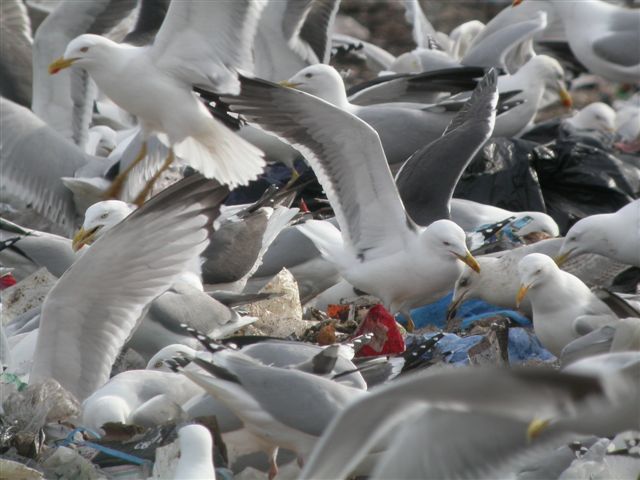 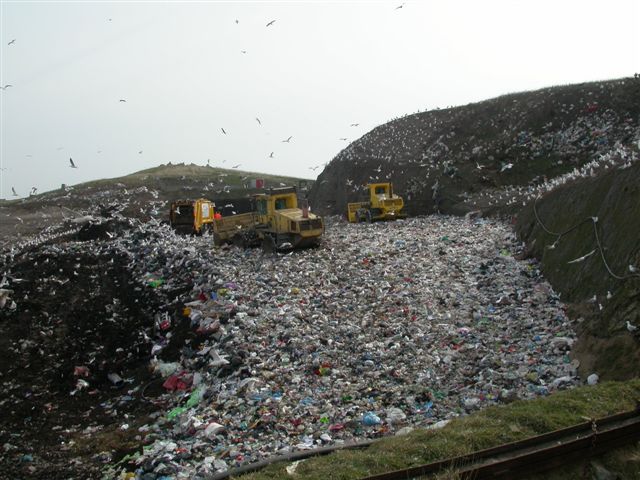 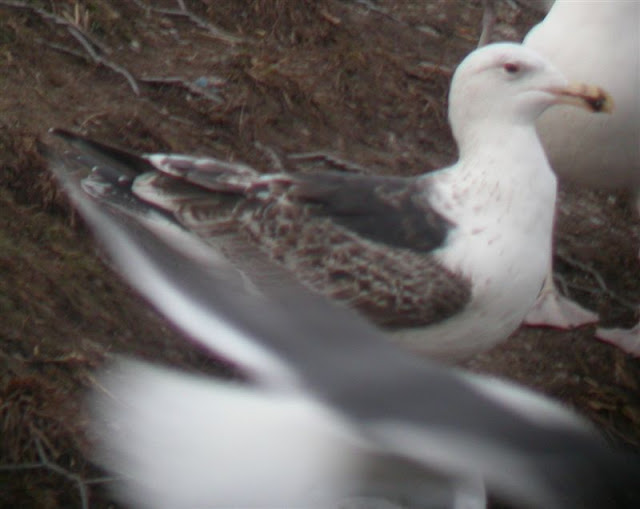 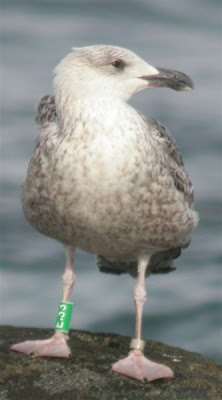