Chouet was remarkably quiet this morning - with only c 250 Lesser Black-backed Gulls and only 13 of my cr birds (all previously recorded back this spring). One of the three metal-ringed Lesser Black-backed Gulls read was new but it may well have arrived several days (or even weeks ago)...it is very hard to tell with metal ringed birds as I have to be at very close range to read the tiny inscriptions on the metal rings. The new bird had been ringed by me as a chick on one of the Sark colonies on 5th July 1994.

Exciting news in from NW Spain was the sighting yesterday (by Antonio Gutierrez) of Larus fuscus White 6.Z2 on Pantin Beach, Valdovino, A Coruna. This bird was ringed on 20 May 2009 as an adult female on the nest on one of the Sark colonies. It was then recorded earlier in the winter (26 November) at La Carihuelha Beach, Torremolinos, Malaga, Spain (Dave Murray). 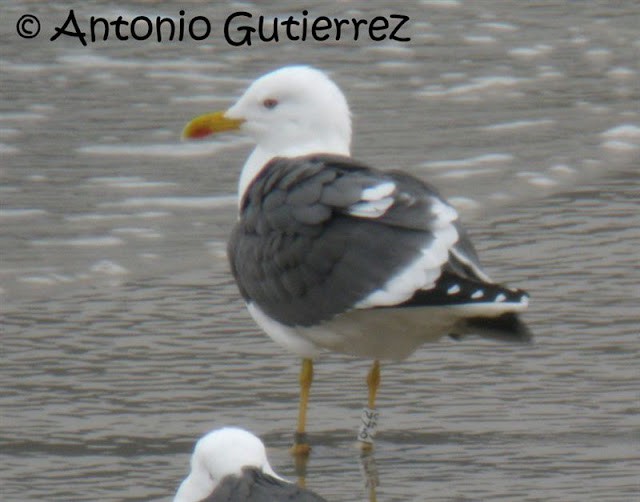