Snowy Owl Returns to Lihou - Bad News for the Gulls!

Over the past two days Catherine and I have crossed over to Lihou Island at low tide to begin to look for the nesting sites of our colour-ringed gulls. It was not easy with yesterday's strong easterly winds and today's heat haze. Nevertheless we did make good progress finding six cr Herring Gulls and one cr Lesser Black-backed Gull (White 2.U7). We hope to keep track of these over the coming summer. 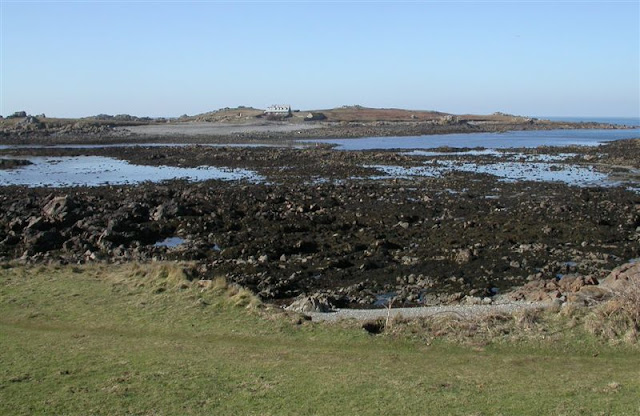 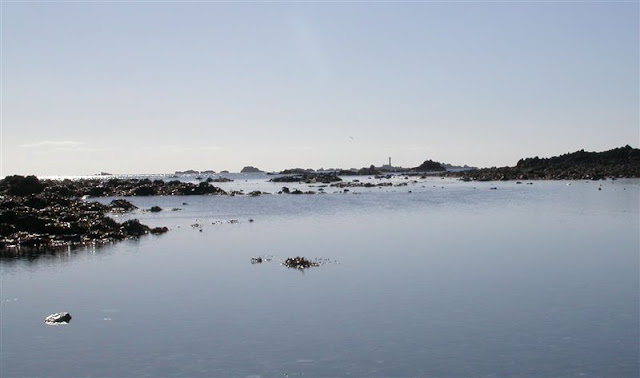 Hanois Lighthouse from Lihou - 05 March 2010 - PKV
We were very surprised yesterday to see the gulls scatter...with the culprit landing on a rock only 30 metres in front of us. It was a Snowy Owl - presumably the same bird which wintered on the island in 2008/09. This bird remained well into June feasting on gull chicks. Fledging success for gulls on Lihou in the summer of 2009 was very poor - due in no small measure to the presence of the predatory Snowy Owl!
The surprise of today's visit was the sighting of a partial albino Lesser Black-backed Gull. I have seen this bird feeding at Chouet landfill over the past two mornings, but only managed to photograph it on Lihou this afternoon. 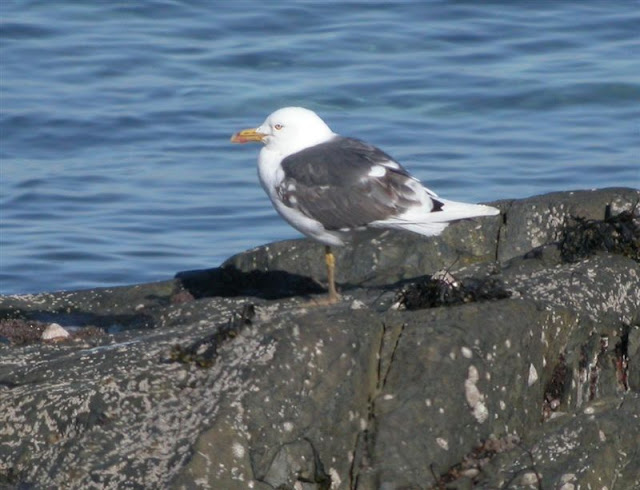 Partial albino Lesser Black-backed Gull - Lihou island 05 March 2010 - PKV
Meanwhile...Chouet landfill has been very productive over the past three mornings...with the return of yet more of our Guernsey cr Lesser Black-backed Gulls. So far this spring I have now tracked back 67 of our marked gulls. Several had been reported over the autumn/winter in Iberia and France. 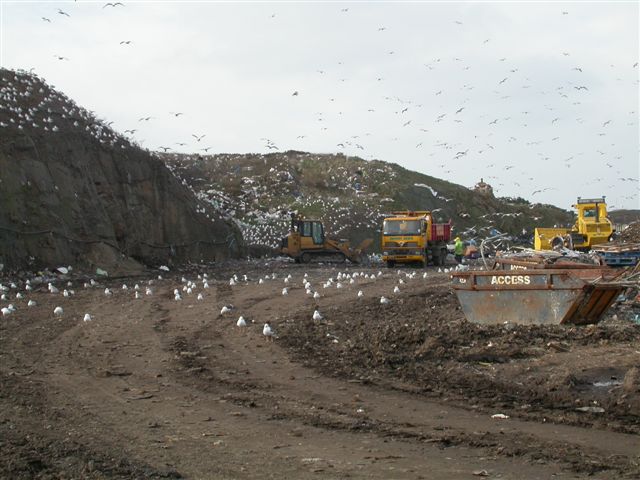 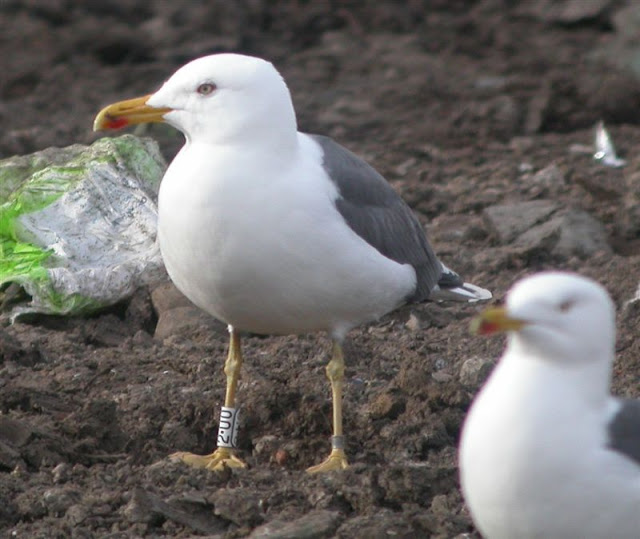 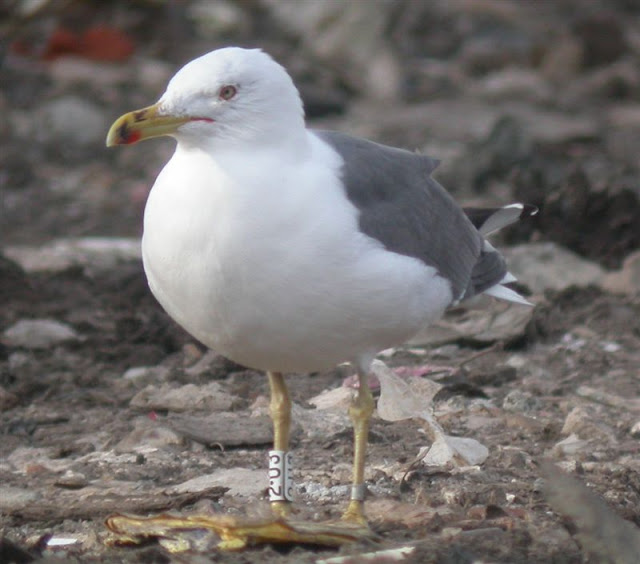 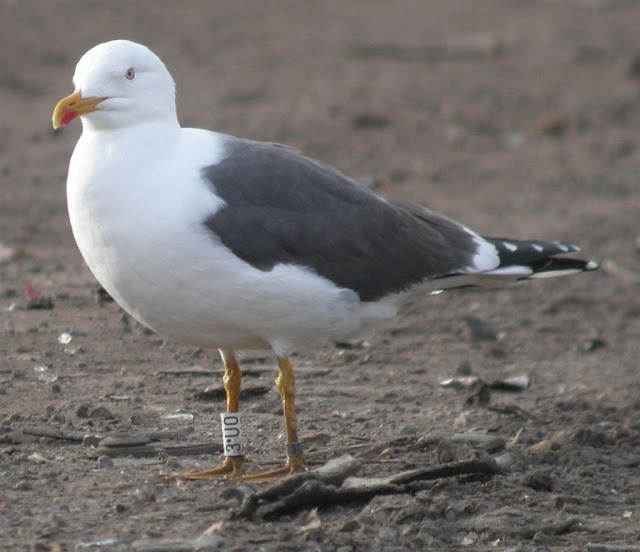 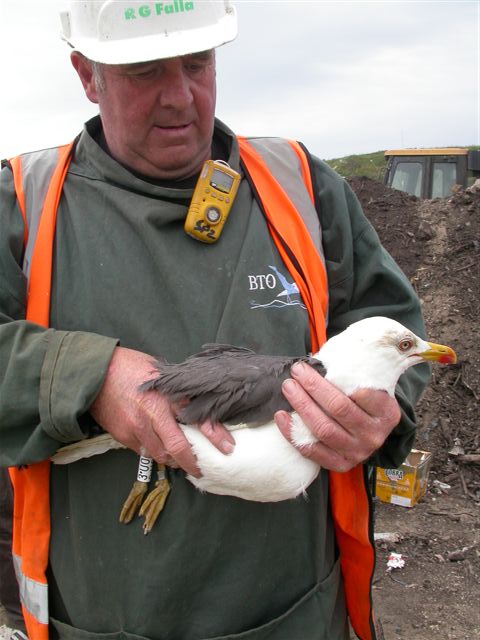 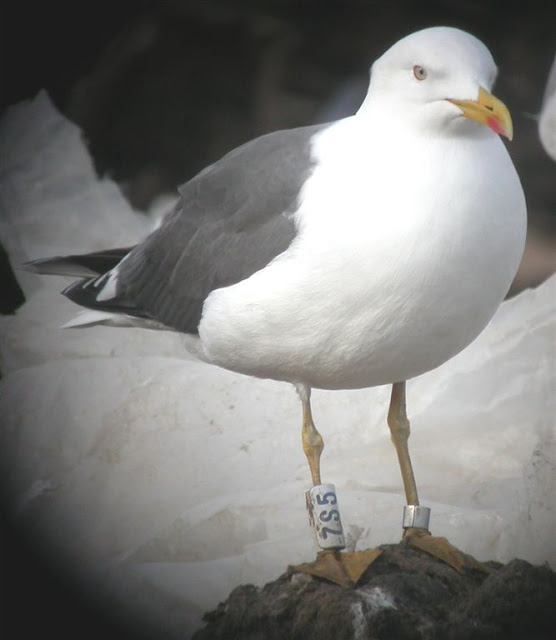 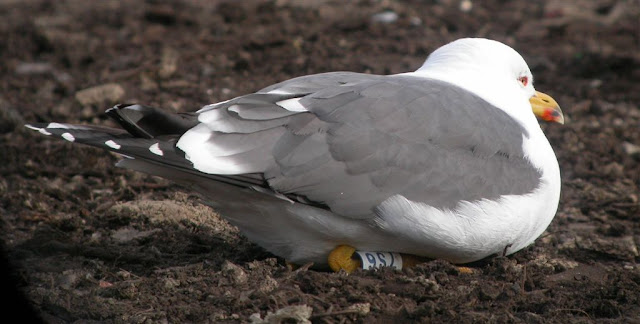 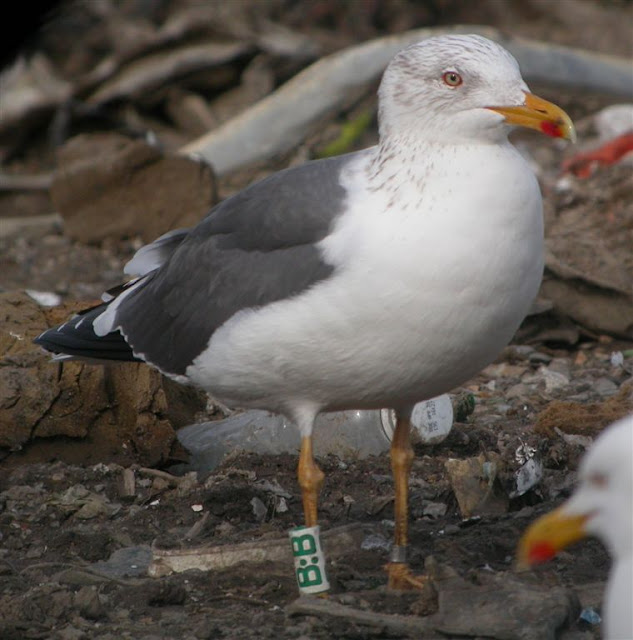 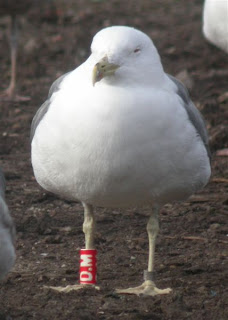 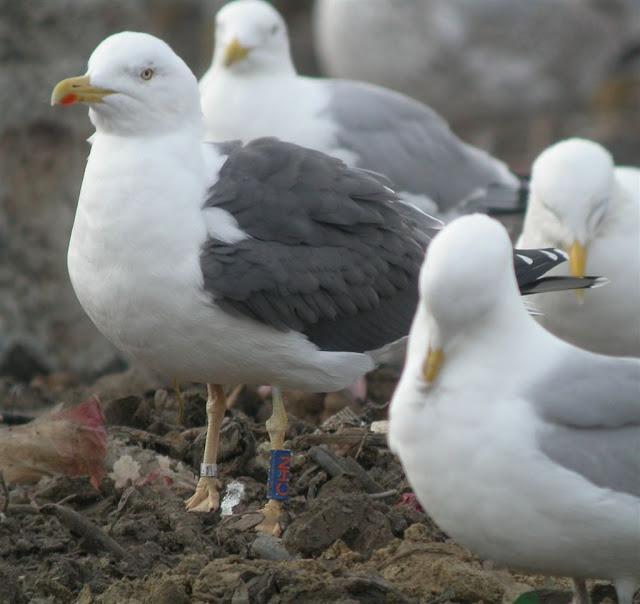 LBBG Blue CHN - Chouet landfill 04 March 2010 - PKV
Unusually I was also able to read several metal only ringed birds in the landfill - all Lesser Black-backed Gulls - three British, one Belgian and several Channel island-ringed birds including one of mine ringed as a chick in Sark in 1992.
Posted by Guernsey Gulls at 17:25