Another enjoyable session at Chouet landfill on Saturday 20th March saw another four Guernsey cr Lesser Black-backed Gulls return home from wintering abroad. White 9.Z3 had originally been ringed as a nestling in July 1993 in one of the Sark colonies and we added the cr at its natal colony in May 2009. It was then seen in Guernsey nine times over the summer up to 23/08/09 before being seen in September/October at Quarteira, Algarve, Portugal (Michael Davis). 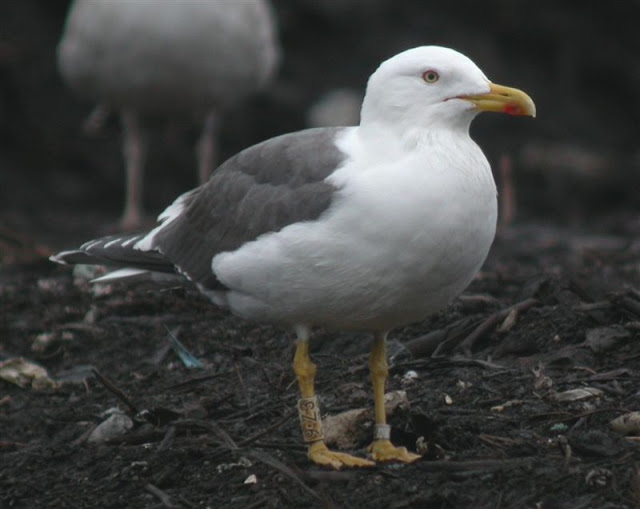 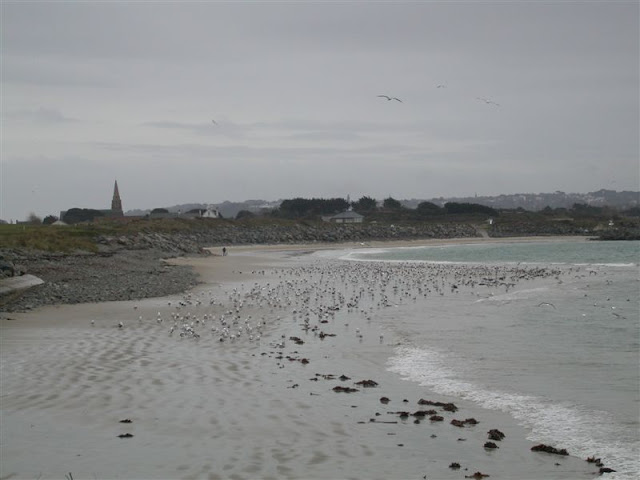 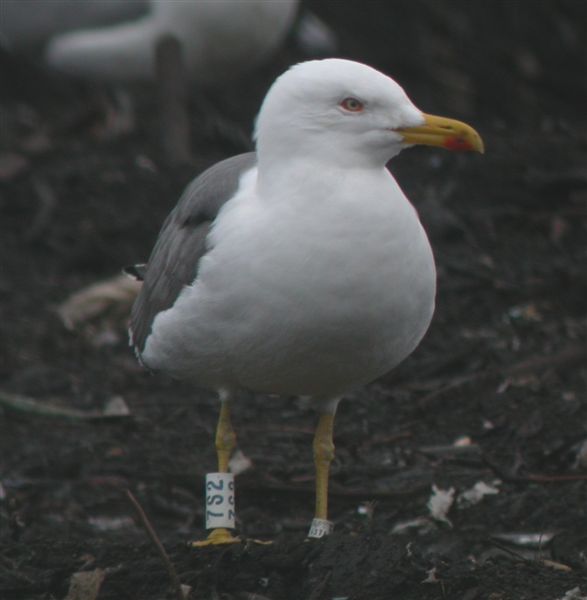 LBBG White 7S2 Chouet landfill 20 March 2010 - PKV
Although Chouet landfill is closed on Sundays I did see one new LBBG arrival back there on Sunday. This was White 5.T9 (ringed at Chouet Landfill as an adult female on 04/06/09) and seen at Pinto and Colmenar Viejo landfills, Madrid, Spain in December/January (Madrid Gull Team) before beign seen at Guidel Plages, Morbihan, France on 03/02/10 (Benjamin Griard).
Posted by Guernsey Gulls at 17:35