OK – all were locally-ringed Herring Gulls (83 from my own project, 23 from Jamie Hooper’s earlier Guernsey-based scheme and two birds from Jersey – the late Bob Burrows’ project). The landfill was dominated by Herring Gulls this morning – with several thousand birds feeding and resting (as high tide had pushed them off the adjacent beaches).

Perhaps the highlight for me was seeing Herring Gull White 2.ZZ2 at close range. This gull was ringed as an adult female at Chouet landfill on 05/06/09. Amazingly, I then saw it at Gatteville Lighthouse, Manche, France on 11/10/09 (the same day that local birder Laurent Legrand separately saw it there). It was then back at Chouet landfill, Guernsey on 14 and 27/11/09. 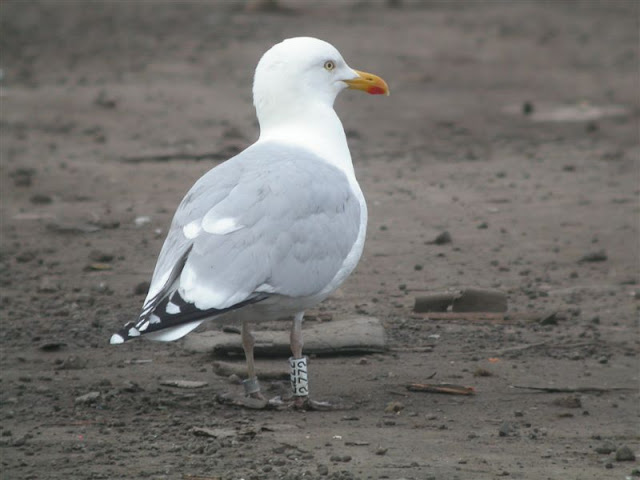 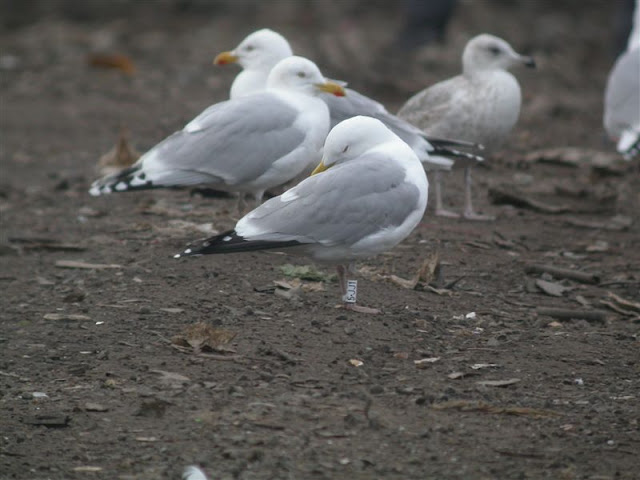