Soon after dawn I was at Chouet Landfill and one of the first gulls in the telescope was a 1st Winter Glaucous Gull (Larus hyperboreus) - my first in what has been a poor winter (so far) for "white-winged" gulls in Guernsey. 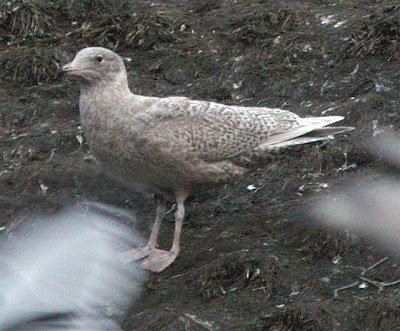 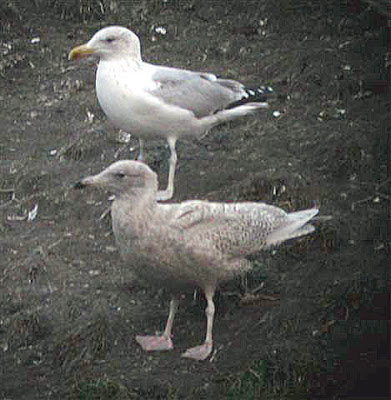 1st winter Glaucous Gull - Chouet landfill - 13 February - P K Veron
With continued cold weather (4 degrees C) and strong north-north-east winds giving a significant wind chill factor, I am not surprised that there appears to be a halt to Channel Islands nesting Lesser Black-backed Gulls returning to the islands. There were still circa 50 LBBGs at Chouet landfill this morning, but all three colour-ringed birds had returned some days or weeks ago (White 6.Z8, White 0.Z6 and White 9.Z5). 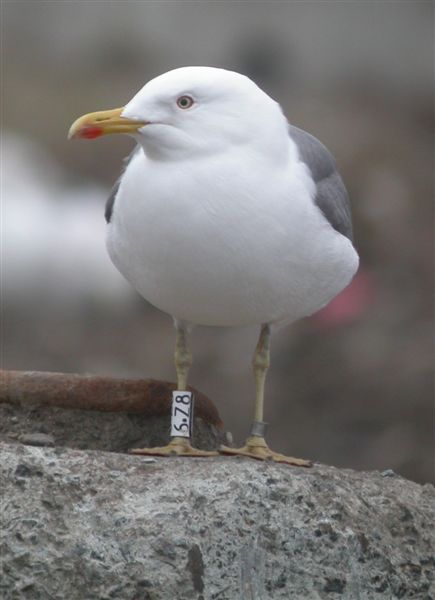 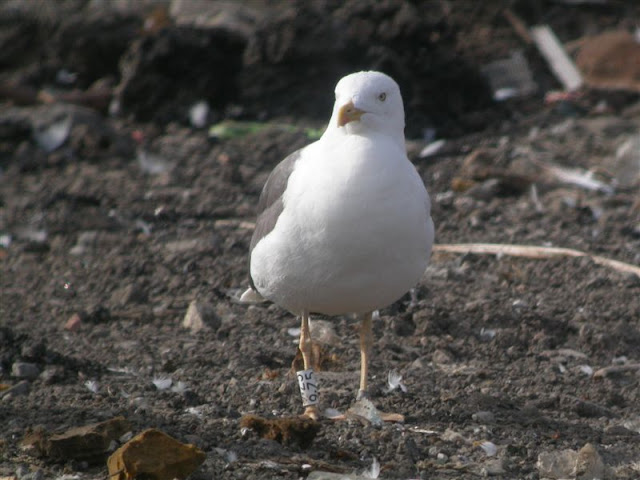 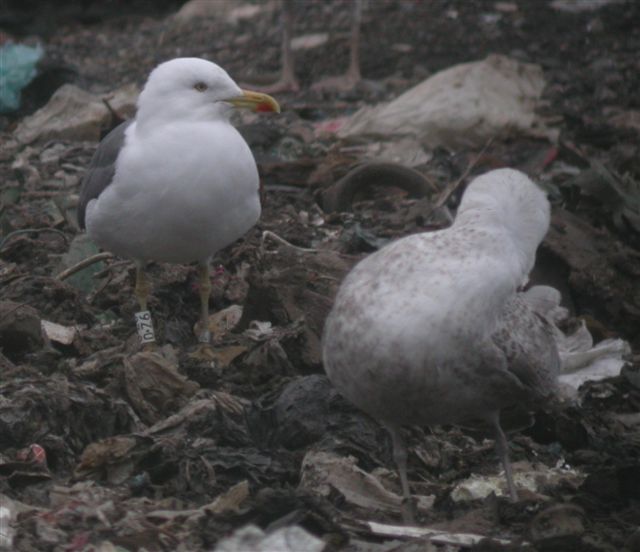 LBBG White 0.Z6 Chouet landfill - 13 February 2010 - PKV
It was also possible to read a British metal-ringed Lesser Black-backed Gull - an adult - London FA54701. This gull is already known to me for I had seen it on 9th April 2009 on Chouet landfill Beach, Guernsey when it had been seen copulating with an unringed gull. This LBBG had been ringed as a 2nd Winter at a landfill near Hempsted, Gloucester, England on 31 January 1994.  I strongly suspect that this gull nests in the Channel Islands, but was caught and ringed when wintering in the UK. 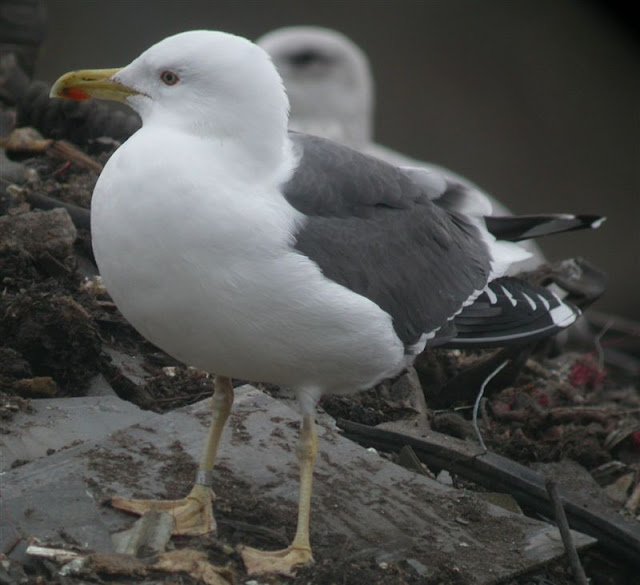 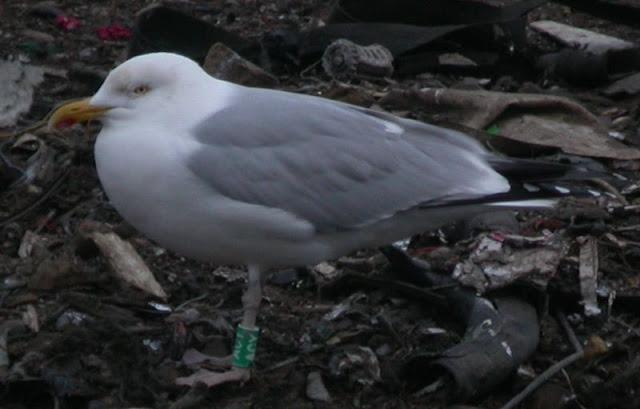