A 45 minute trip before work to Chouet landfill and its adjacent beach resulted in 39 ring reads for Herring Gulls and two Great Black-backed Gulls. Herring Gulls provided the most interesting reads with Blue 493 from Gloucester Landfill, England (ringed as a 1st winter on 28/10/06 and first seen in Guernsey on 25 January 2010), and two Herring Gulls from Jersey - Yellow 0A5 (ringed as a chick at Noirmont in SW Jersey by the late Bob Burrows on 28/06/1998) and Green BYF ringed as a chick on 13/07/2001 by Ian Buxton on Les Ecrehous Reef. Interestingly I had seen this bird twice before - both times in February 2009.

One of the two Great Black-backed Gulls was Green A87 (a well known bird from Chausey Islands, France - Seb Provost) and the other one from my projects - Yellow 0P0 - ringed as a chick in Alderney in July 2009. 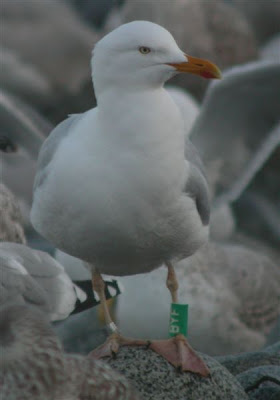 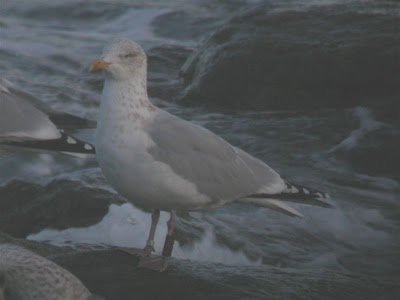 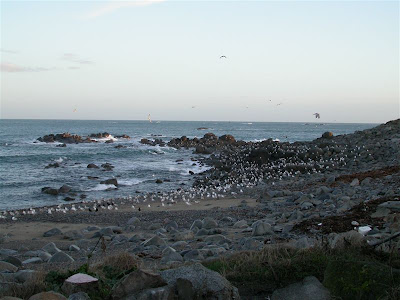