A very enjoyable hour at Chouet landfill before work resulted in 73 ring reads on Herring Gulls (all local), three Great Black-backed Gulls (two local and Green E.87 - a known 1st winter from Chausey Islands, France (Seb Provost)), and top of the bill - three locally ringed Lesser Black-backed Gulls. White 0.Z6 and White 0.U2 had already been seen back in Guernsey this year, but metal ring Jersey E4405 was recorded for the first time. This Lesser Black-backed Gull had been ringed as a chick on one of the Sark colonies on 07 July 2001 (Jamie Hooper). I saw it in 2009 at Chouet landfill Beach on 9th April and 19th May. 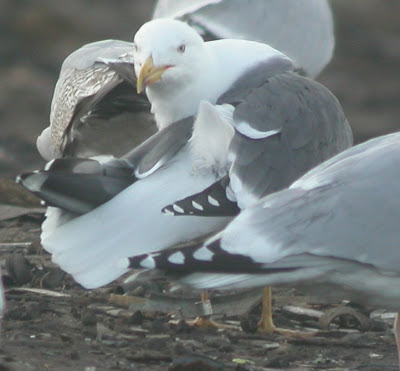 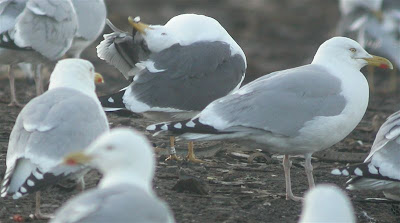 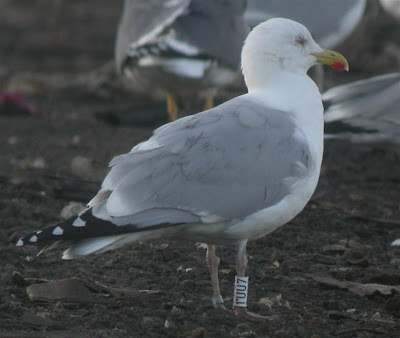 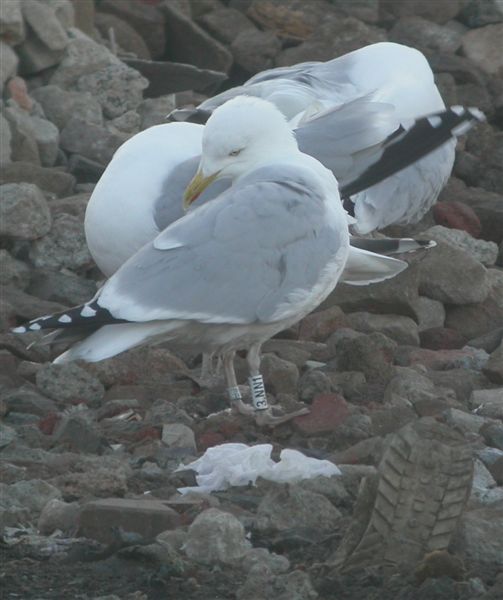 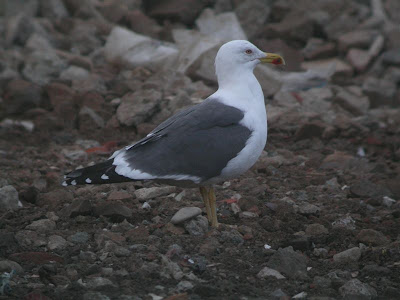 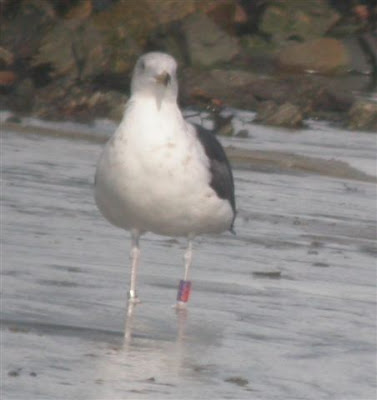