With Chouet Landfill closed on Sundays, it is much harder to find good numbers of gulls. The best gathering early today was on Chouet Beach where 400+ gulls were bathing and resting. This flock included 82 Lesser Black-backed Gulls - but only one was colour ringed. This was White 8.Z3 - an adult male ringed on 20 May 2009 on one of the Sark colonies. I recorded it seven times over the summer at Chouet and adjacent L'Ancresse Common - up to 14 August 2009. It then disappeared for unknown wintering grounds. 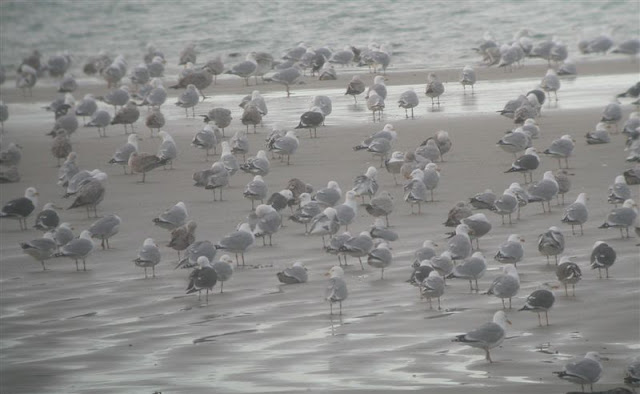 Gulls on Chouet Beach 21 February 2010 - PKV
There were also several hundred Herring Gulls, and a few Lesser Black-backed Gulls, on Pembroke Bay, where the light was very beautiful before the first of the morning's heavy showers. 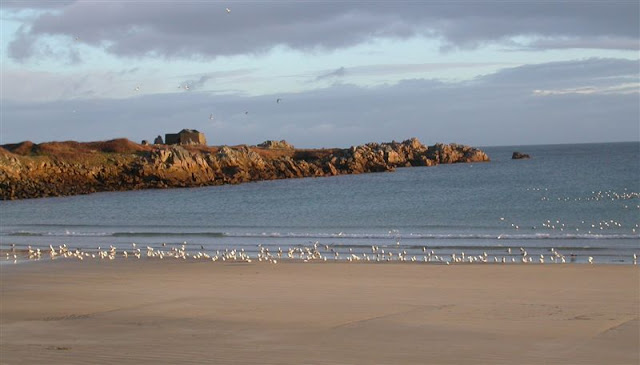 Herring Gulls on Pembroke Bay shortly after dawn - 21 February 2010 - PKV
Amongst the 20 colour ringed Herring Gulls observed this morning was White 0P0. This gull was ringed by Jamie Hooper as a chick at Pleinmont Cliffs, Guernsey in June 2005. It is an unusual Herring Gull because it migrated as far as NW Spain in its early years - being seen at Ares Beach, A Coruna on 18/01/07 (Antonio Gutierrez). Until today, I had only seen this gull in Guernsey over the period 14/03/09 - 18/04/09. 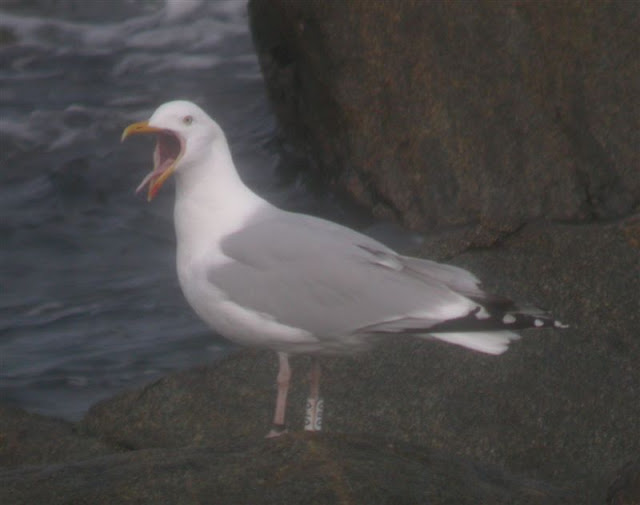