Over the weekend further news came in on three “Guernsey” Lesser Black-backed Gulls in Spain. Firstly Salva Garcia informed me that White 2.U7 was still at Malaga Port. This gull was ringed as an adult female on 06/06/09 at Chouet landfill, Guernsey. It was then seen beside its nest on Lihou Island, Guernsey on 08/07/09 (Jamie Hooper). It has been seen at Malaga (and Torremelinos) five times between 22/11/09 and 13/02/10 (Salva Garcia, Dave Murray, Gabriel Martín and Hannu Koskinen). 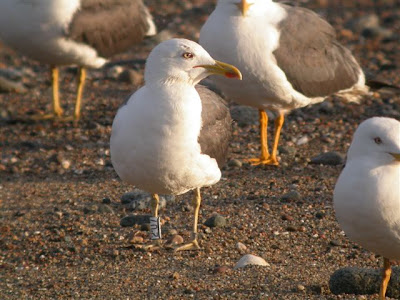 LBBG White 2.U7 Chouet landfill Beach 28/07/09 - PKV
Also on 13 February Gabriel Martín saw two of my Lesser Black-backed Gulls at Alcazar de San Juan Landfill, Cuidad Real, Spain. Interestingly both of these gulls had been seen earlier in the winter by members of the Madrid Gull Team. White 0.V8 was originally ringed as a chick on Burhou, Alderney on 19/07/03 (Jamie Hooper et al), but was then caught as a breeding adult on the islet on 13/06/09 by Catherine and me (when we added the colour ring). It was then seen on 27/12/09 and 12/01/10 at Pinto landfill south of Madrid. 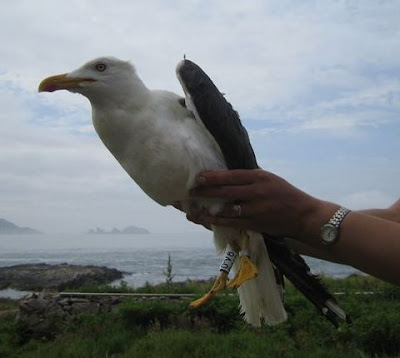 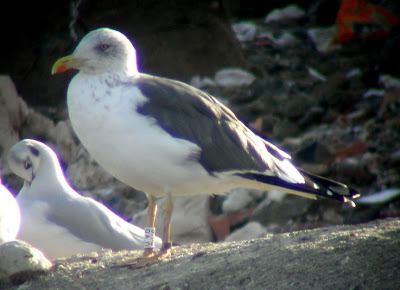 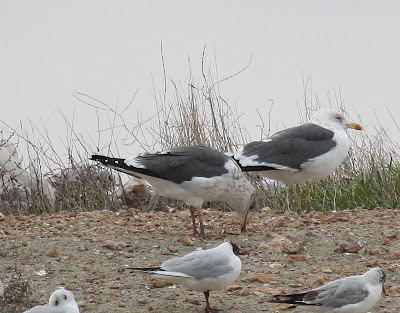 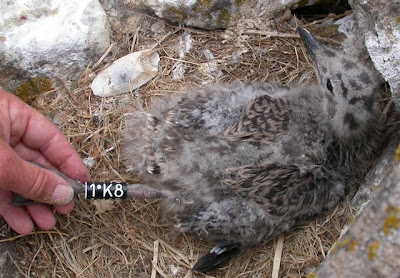 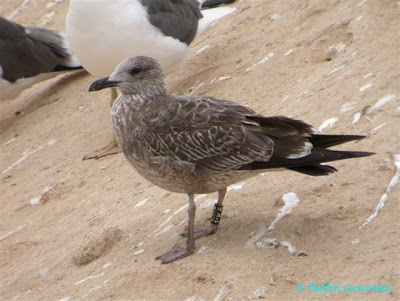