The highlight of a 50 minute trip to Chouet Landfill before work this morning was the return of Lesser Black-backed Gull White 3.V2. This was the last LBBG that Catherine and I ringed in our garden (Ty Coed, Vale Marais) in July 09 (on 5th). It is an adult female. I recorded it four times between 25 July and 05 August on the north coast of Guernsey. It then disappeared for (unknown) wintering grounds. 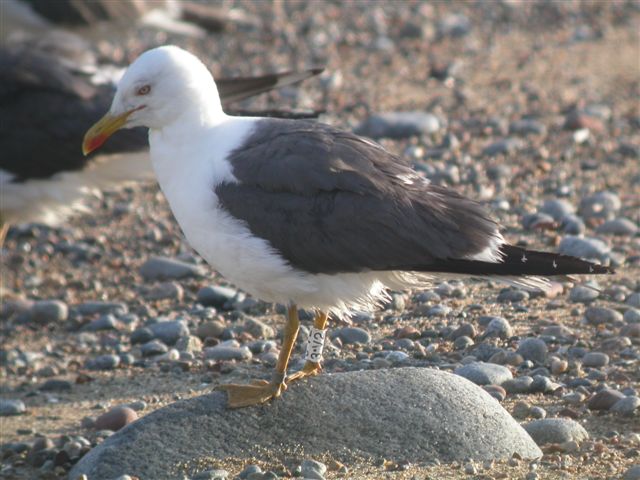 LBBG White 3.V2 at Chouet landfill Beach - 25 July 2009 - P K Veron
While numbers of Lesser Black-backed Gulls were still around 55 birds today, they were much more active than in the past few days, making observation easier. White 0.Z6 (another adult female ringed in our garden on 5th July 2008 – (and which returned on 8th February)) was also present today. 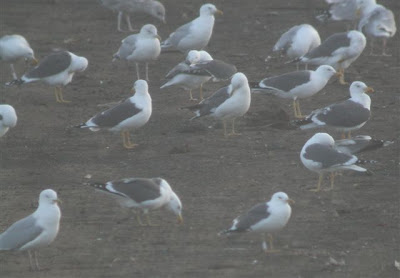 LBBGs at Chouet landfill 17 February 2009 - White 3.V2 in foreground - P K Veron
High tide once again pushed many Herring Gulls off the beaches, resulting in a reasonable number of colour ring reads at the landfill (39).
Posted by Guernsey Gulls at 13:50