The six colour-ringed Lesser Black-backed Gulls at Chouet landfill Beach this morning included only one newly arrived bird – White 8.Z8. This gull was ringed as an adult male at its nest on one of the Sark colonies on 20/05/09. It was observed eight times on the north coast of Guernsey up until 29/08/09. It was then seen on 29/12/09 at Tanchet, Sable d’Olonne, Vendee, France (Franck Salmon). 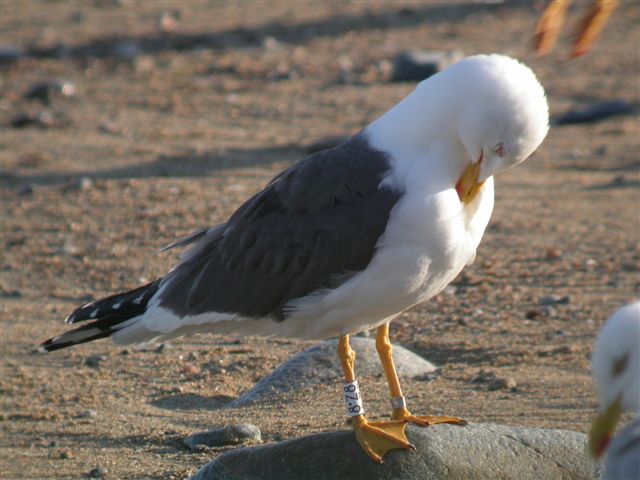 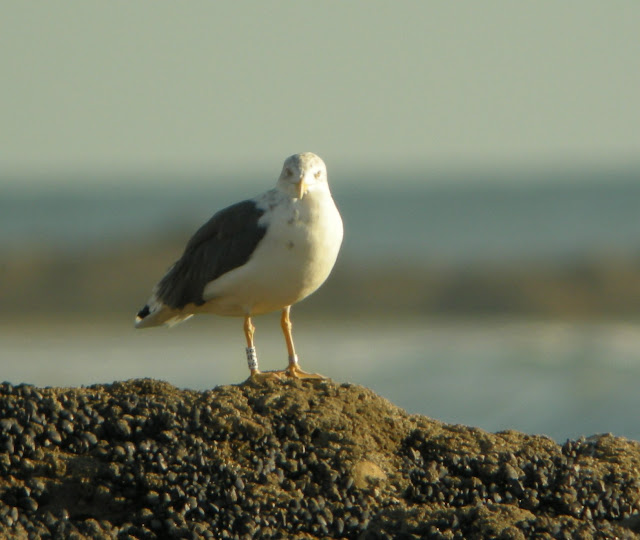 LBBG White 8.Z8 Tanchet, Sable d’Olonne, Vendee, France - 29/12/09 Franck Salmon
The other highlight this morning was the sighting, amongst the 67 colour-ringed Herring Gulls of Grey D+G – a 1st winter bird ringed by Peter Rock on 28 June 2009 at Gloucester, England and seen once previously on 22/10/09 on the Hayle Estuary, Cornwall, England. 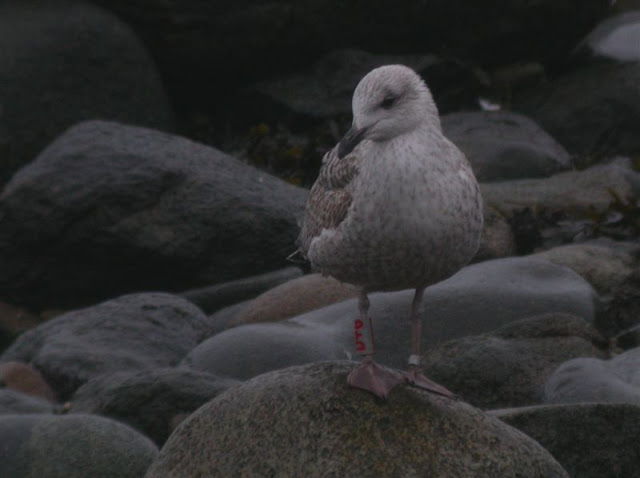 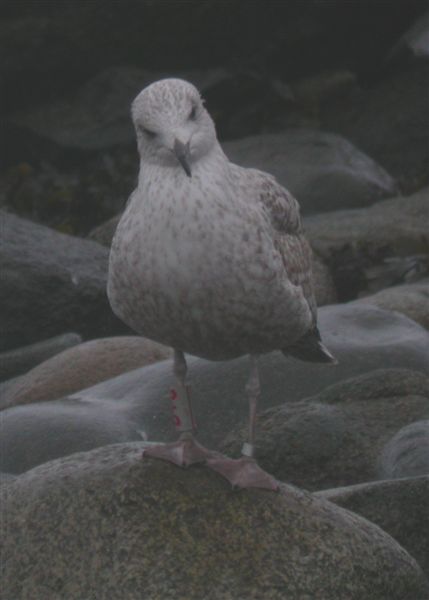