February went out in style in Guernsey with high winds and a big spring tide combining to give some flooding along the west coast. The height of the tide was before dawn...so by the time we could get out to see the coastline the water was already dropping. However...it was stil rather wild. The gulls were riding the winds and feeding on the stirred up shoreline. 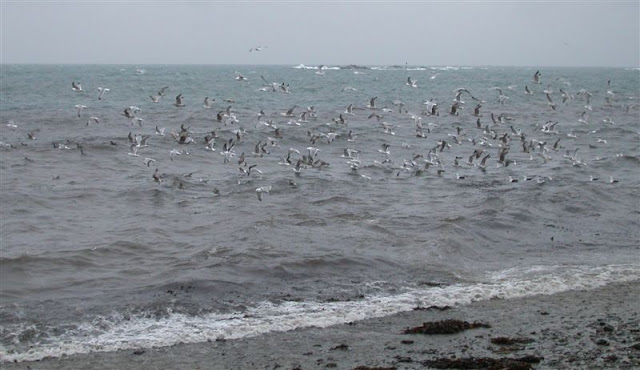 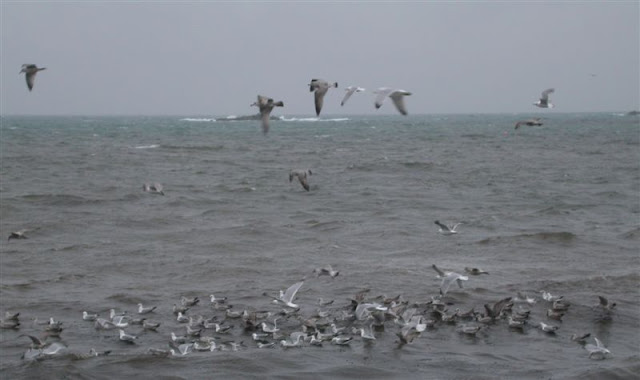 Gulls at Perelle, Guernsey - 28 February 2010 PKV
Yesterday Salva Garcia saw three Lesser Black-backed Gulls from Alderney at Malaga Port, Malaga, Spain. One of these White 3.U5 was ringed as an adult male on Burhou on 12 June 2009. Fron 24 September to 1st October it was recorded at Quarteira, Algarve, Portugal (Michael Davis), and then Salva has seen it three times over the winter at Malaga Port from 5th December. As I have commented before I believe the "non-landfill feeding" gulls nesting in Burhou do so later than those in Guernsey, Herm and Sark (which birds do visit Chouet landfill). It is not therefore surprising that this adult is still in southern Spain at a time when several of the Guernsey, Herm and Sark nesting Lesser Black-backed Gulls are already back in Guernsey! 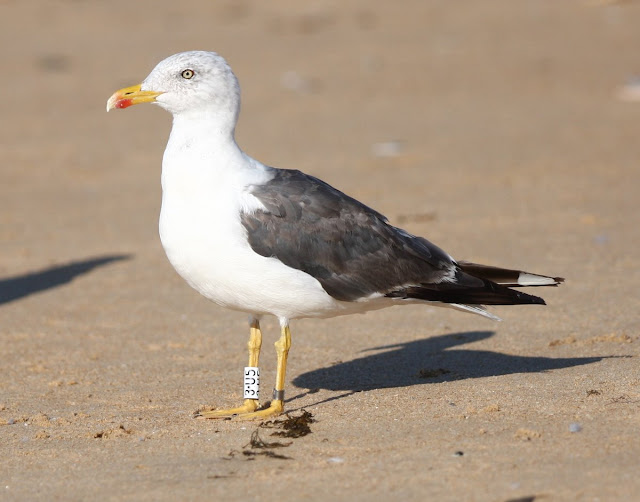 LBBG White 3.U5 Quarteria, Portugal - September 2009 - Michael Davis
The other two Lesser Black-backed Gulls seen in Malaga yesterday by Salva were both 1st winter birds ringed on Burhou, Alderney in July 2009 - White 4.V0 and White 8.V3. Neither had any prior sightings histories. 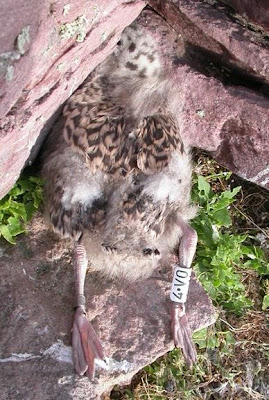 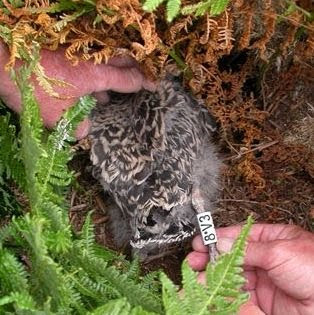