Fun Feeding Gulls in Guernsey and News from Spain

On a very windy and cold day here in Guernsey the gulls were extremely flighty at Chouet landfill, making it very difficult to record colour rings. One French Great Black-backed Gull was observed - Green B.09 - the 30th sighting in Guernsey since 29 January 2009 of this bird ringed in the Chausey Islands as a chick in June 2008 (Seb Provost).

A 1st winter Common Gull at Bellegreve bay (on the island's east coast) was my first of the year in Guernsey. 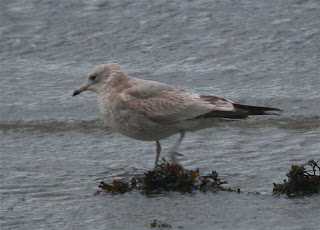 1st Winter Common Gull - Bellegreve Bay - PKV
At lunchtime Catherine and I shared our sandwiches with a few Herring Gulls at La Vallette, on the southern edge of St Peter Port. 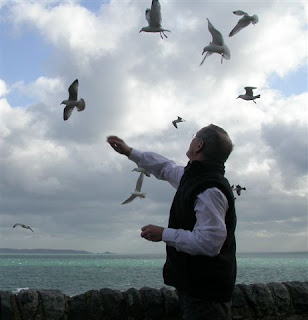 Herring Gull - the island of Sark in the background - Catherine Veron
Two reports in today of Lesser Black-backed Gulls ringed as chicks on Burhou, Alderney on 10 July 2009. Black 0.R0 was seen by Gabriel Martín at Alcazar de San Juan Landfill, Cuidad Real, Spain on 06/02/10. This gull had been seen on autumn migration at Esmelle Beach,, A Coruna, Spain on 31/08/09 and 01/09/09 by Paco Veiga and Antonio Gutierrez. 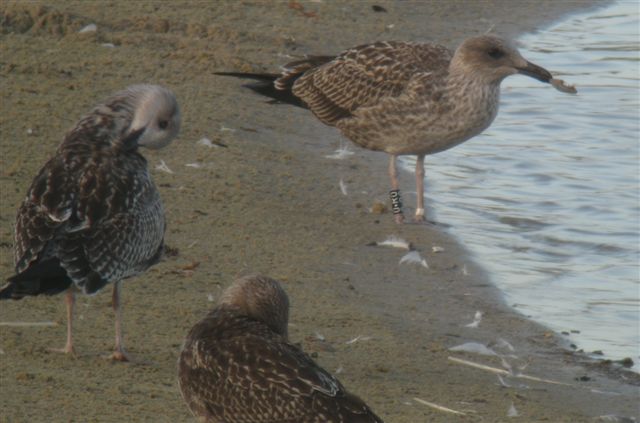