With news that Tommy Pedersen, Frank Majoor and Sonke Martens have all been colour ringing large numbers of Common Gulls in Denmark, the Netherlands and Germany (respectively) this winter, I have been thinking about the chances of seeing some of their birds down here in Guernsey.

Sadly...the records show that this is not very likely. Common Gull is, in the main, an occasional winter visitor - with maximum annual numbers in recent years being around 45 birds in the late 1990s. The last half of December and first half of January appear to be the best time to see this gull in Guernsey.

This year with unusually cold weather across much of northern and western Europe I thought we would have a bumper month in January...but this really doesn't appear to have been the case. Certainly there were a few records of up to six - eight birds, but no big flocks and they were not spread over the island.

Fortunately Phil Alexander spotted a group of half a dozen birds at Rue des Frances (where last year a Ring-billed Gull was found)...and managed to obtain some nice photos. 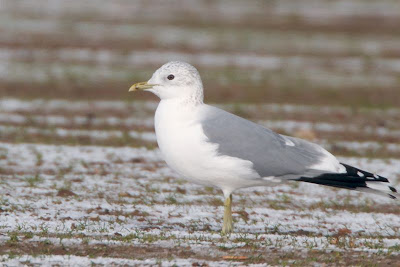 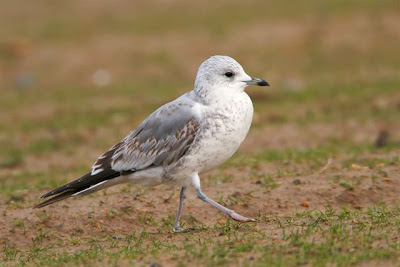 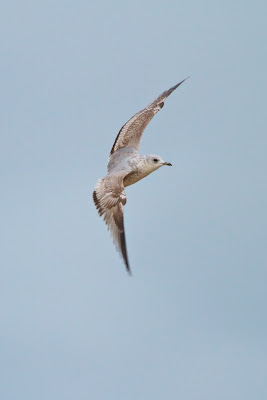