I was very pleased on 25 January to see Lesser Black-backed Gull White 8.Z0 back in Guernsey. Only 11 days earlier it had been seen near Portimao in southern Portugal (Stef Waasdorp). I assumed this bird was back very nice and early in Guernsey to prepare for the 2010 nesting season. However...today both Benjamin Griard and Steph Guerin saw (and the latter photographed) this very gull back at Guidel Plages, Morbihan, France - some 200+ km south-west of Guernsey! Perhaps this gull came back early...and decided that it was still rather too cold this year to be back so soon?

Whatever...records such as this add a lot of interest to my gull studies! 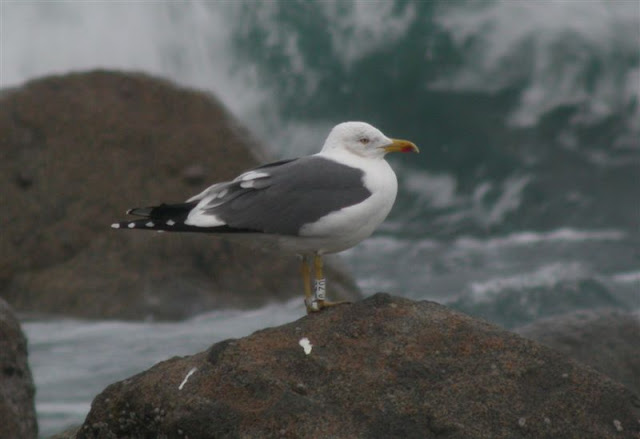