It was wet and grey this morning before work. Nevertheless Chouet landfill was busy with gulls, and there were good numbers on the beaches too. Once again I struggled to find any of my cr Lesser Black-backed Gulls amongst the 130+ birds checked. White 8.Z3 which was first seen yesterday was still present in the landfill, but the only other "Guernsey" LBBG recorded was a metal ring - Jersey E 7792. This Lesser Black-backed Gull was ringed as a chick on one of the Sark colonies by Jamie Hooper and Catherine (then Kinnersly) on 10 July 1999. 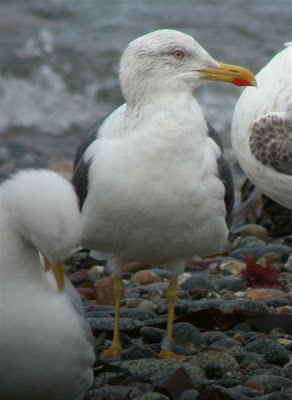 LBBG E 7792 Chouet Landfil Beach 22/02/10 - PKV
41 locally colour ringed Herring Gulls were recorded, including White 6B9. This bird was ringed as a chick by Jamie Hooper at Jerbourg Cliffs, Guernsey in June 1998. It was then seen a few times in Guernsey until 19/09/04...then not again until this morning. It is a bit of a puzzle where this bird has been for the past 5.5 years! 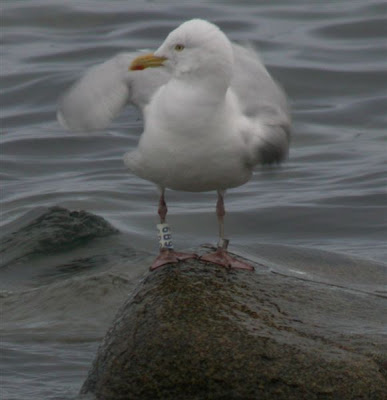 Herring Gull White 6B9 Chouet Landfill Beach - 22/02/10 - PKV
With the tide slowly rising the gulls on Chouet landfil Beach came closer and closer to the car - despite all the noise and activity in the waste recycling area. 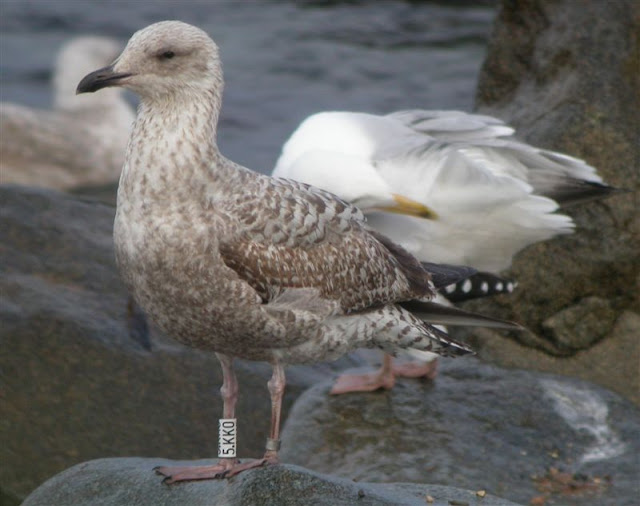 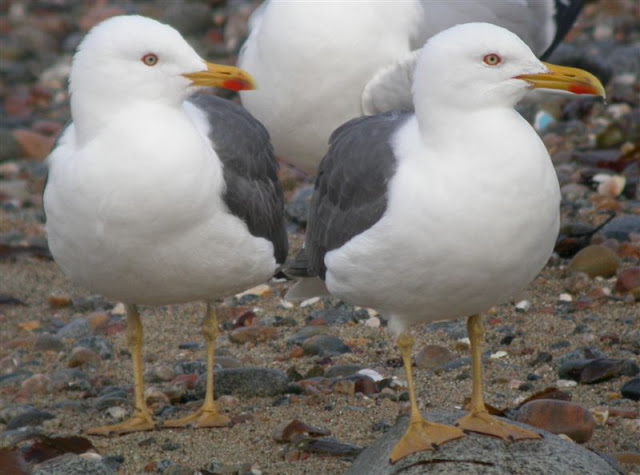 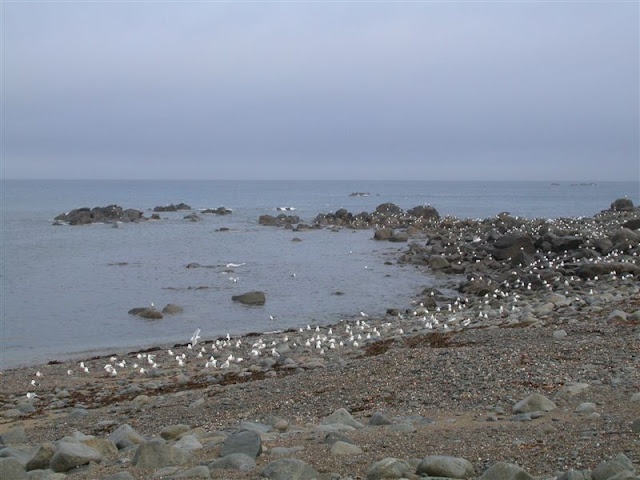