There were rather unpleasant conditions today for gull watching - with rain and strong winds. However, there was still plenty of activity at Chouet early in the morning, with several hundred gulls bathing and resting on Chouet landfill Beach. 56 Herring Gull colour rings were read (all locals), along with four Great Black-backed Gulls (two locals and two well known 2nd Winter Gulls from Chausey Islands, France (Seb Provost) - Green B.09 and Green B.36.

All three Lesser Black-backed Gulls seen in the morning had already been recorded back home this spring - White 8.Z0, 8.Z3 and 2.U1. 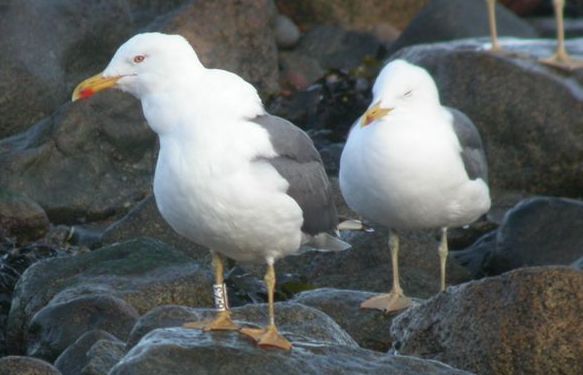 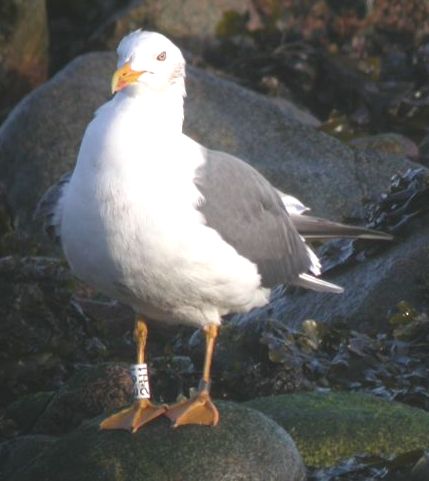 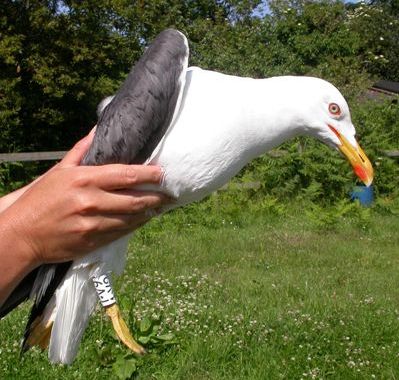 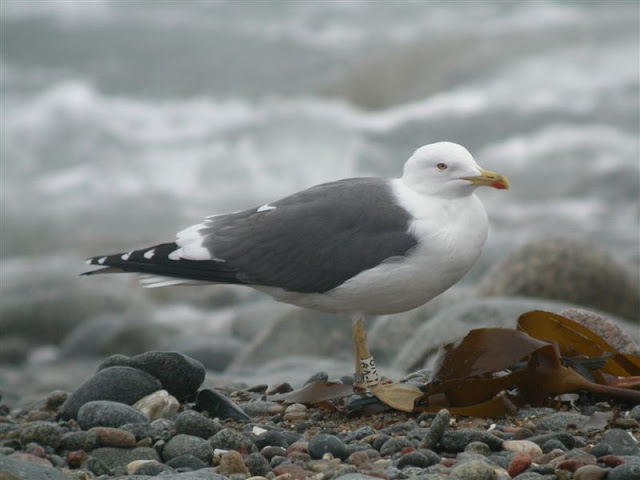 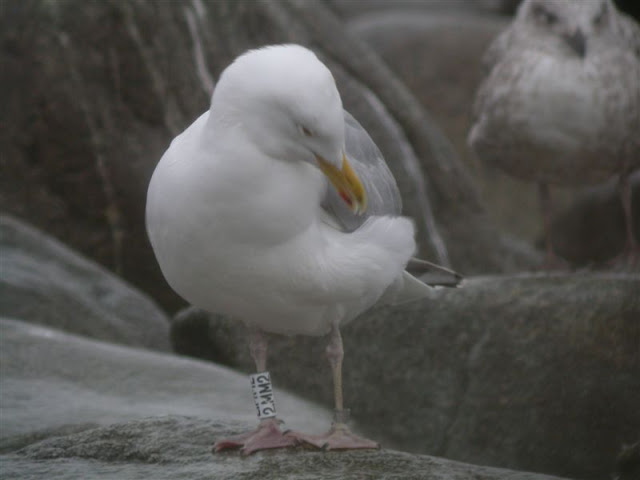