It was only possible to visit Chouet for 15 minutes early in the morning today – so I could not record very much. Luckily many of the 140+ Lesser Black-backed Gulls seen were bathing and resting on the beaches enabling me to check through very quickly for colour rings. Only two were found – White 0.T9 ringed as an adult male in our garden at Ty Coed on 24/05/09 and seen six times at Chouet until 09/08/09. It was then recorded on 23/09/09 at Costa da Caparica, Extremadura, Portugal (Paulo Marques). This is only the second Lesser Black-backed Gull known to have travelled to Iberia last autumn/winter to have been relocated in Guernsey so far this spring. 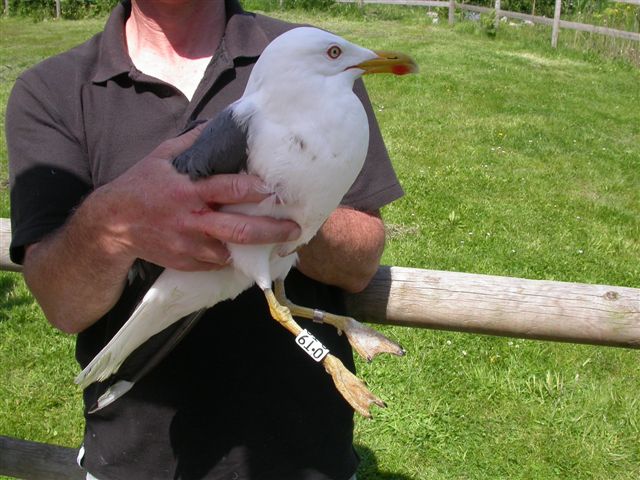 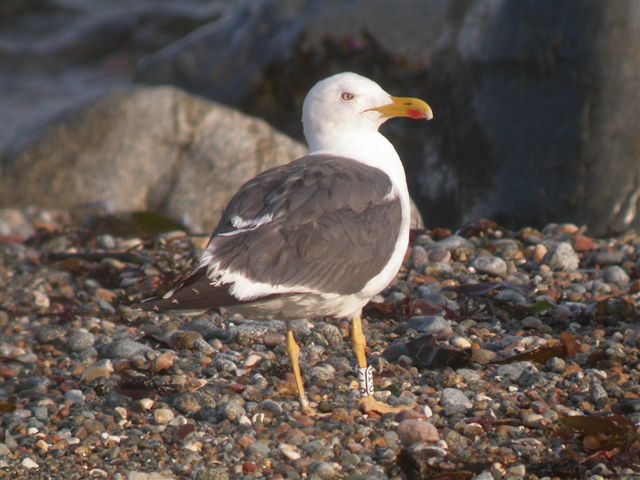 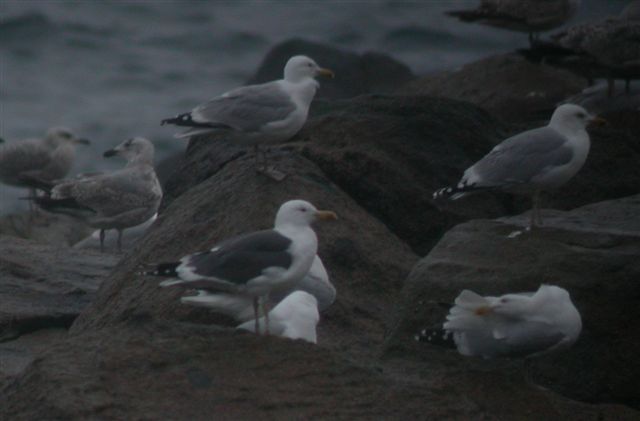 LBBG White 0.T9 Chouet landfill Beach 23/02/10 - PKV (Take my word for it!)
The other colour ringed Lesser Black-backed Gull seen today was White 6.Z8, which was known to have wintered at landfills in NW France – and which was first seen back in Guernsey on 21/01/10.
Finally…Phil Alexander sent me a very nice photograph of the 1st Winter Glaucous Gull, which was still being seen at Chouet and adjacent Jaonneusse Bay up until Sunday 21st February 2010. 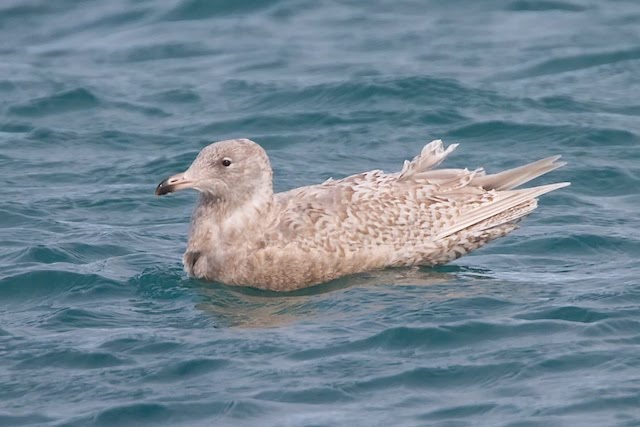