Significant Arrival of Lesser Black-backed Gulls on Guernsey - Including White 7S6 Home One Day Earlier Than in 2009!

Within the past 24 hours there has been a significant arrival of Lesser Black-backed Gulls on Guernsey, with numbers at Chouet landfill doubling to 110+ birds. Nine of my colour ringed LBBGs were present, along with a metal only bird from Guernsey. Half of these birds were new arrivals:- 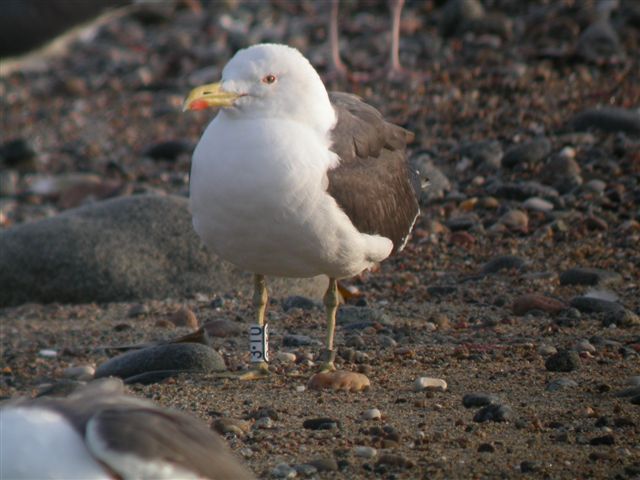 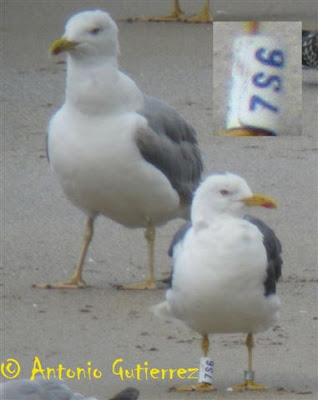 LBBG White 7S6 at Pantin, A Coruna, Spain - 21/08/08 - Antonio Gutierrez
White 5.Z7 ringed as a chick on one of the Sark colonies on 08/07/2008 – then seen on 12/11/08 at Boca do Rio, Porto do Son, Spain (Juan Cabeza) and Matosinhos, Portugal on 27/11/08 (Peter Rock). This is the first LBBG I’ve colour-ringed as a chick to be seen back in the islands. It looked to be in great shape…in handsome plumage and “bossing” a few Herring Gulls around as it helped itself to tasty morsels from the landfill! 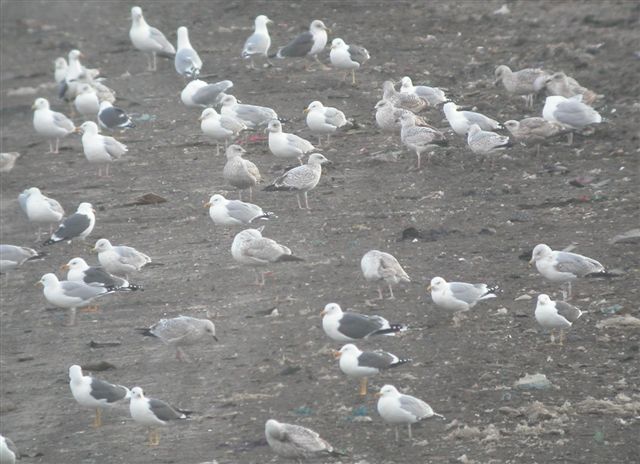 LBBGs and Herring Gulls at Chouet landfill - 19 February 2010 - PKV
With so many Lesser Black-backed Gulls to watch today, the Herring Gulls received less attention than usual. A total of 50 colour ringed birds (all local) was recorded, along with a single local Great Black-backed Gull. It is still of interest that several of these Herring Gull records  each day are of birds which have not been seen all winter. It seems reasonable (given the frequency of my visits to the landfill throughout the autumn/winter of 2009/10) that most of these birds are returning from wintering outside Guernsey.
Posted by Guernsey Gulls at 13:34