It is interesting how different the migration strategies of Guernsey's Lesser Black-backed Gulls appear to be. While many 1st winter birds have been reported from Iberia, and a few in Morocco - others have travelled less far in their first winters. For example White 9.V4, which was ringed as a chick on Burhou in July 2009, has spent the winter around the landfills in north-west France. It was reported three times at Champteusse-sur-Baconne Landfill, Maine-et-Loire from 5th November to 23rd December...and today it was reported by Fabrice Rayer at Noyant, Soulaire-et-Bourg, Maine-et-Loire, France. 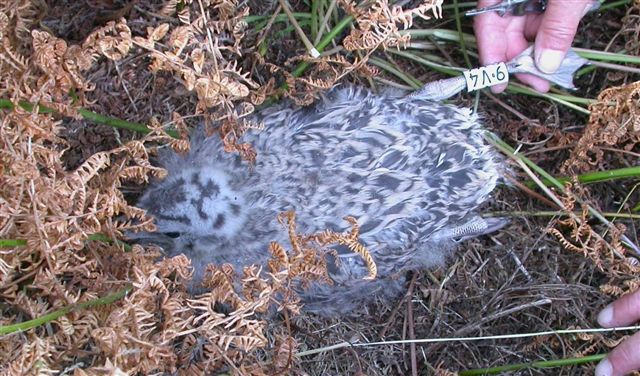 LBBG White 9.V4 on Burhou, Alderney - 10 July 2009 - Catherine Veron
LBBG White 9.V4 at Champteusse-sur-Bacon, France - 5th November 2009 - Alain Fossé
Fabrice also saw Lesser Black-backed Gull White 0.T5 at the same site in Maine-et-Loire today. This gull was ringed as an adult female in our garden in Guernsey on 24/05/09. I recorded it four times in Guernsey in August, before it was seen on 04 December 2009 at La Séguinière, Maine-et-Loire, France (Alain Fossé)
Posted by Guernsey Gulls at 19:39